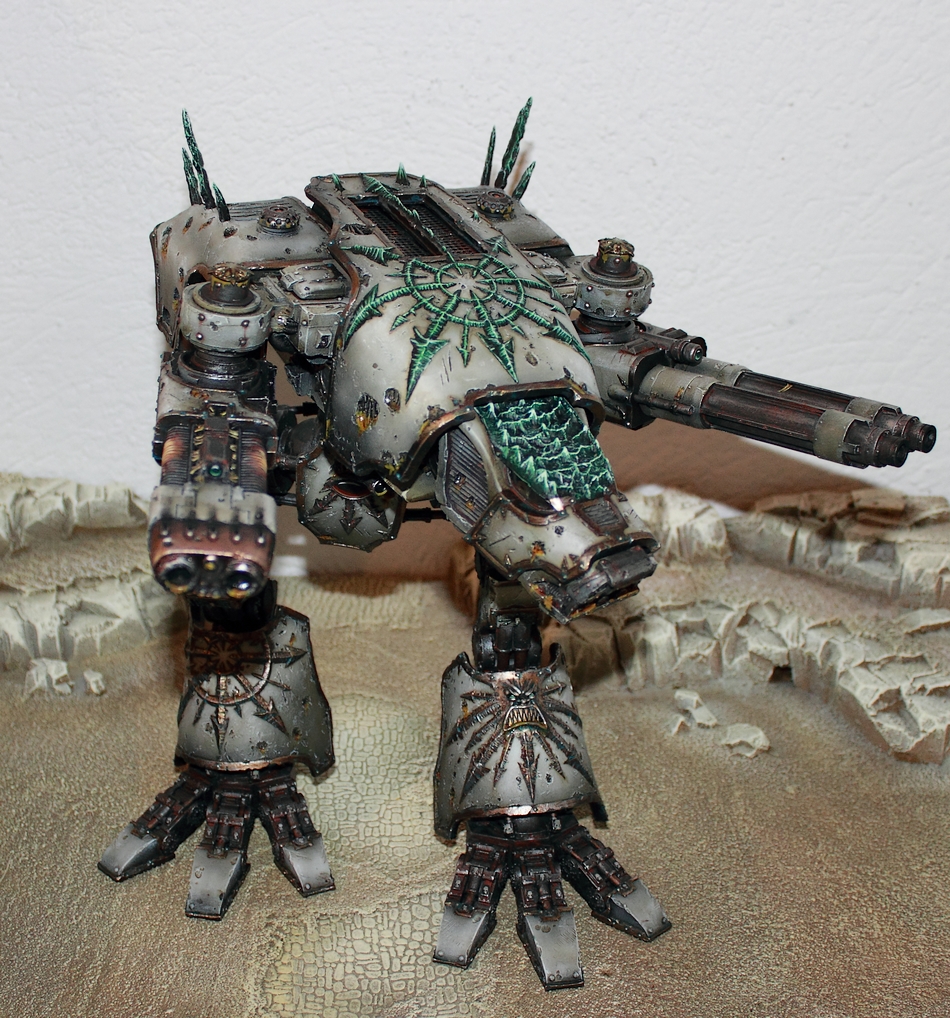 Hello, dear Tale of Painters readers. I hope that you had a great
start into 2013. Only slightly delayed, here is my very own installment
of “resolutions and recap”.

For me 2012 probably was the most exciting year in wargaming in a long time.

So much so that I got to post less on here than I would have liked, at
least compared to the ever industrious Garfy and Stahly. After a process
which started in the fall of 2011, I fully started exploring wargaming
anew, deviating off the paths of Games Workshop’s “core systems” (which
for me mostly means 40k). I read countless new rulesets, got to know so
many new and thought-provoking rules mechanics – pretty exciting stuff.
Even played a few games (shock, horror). 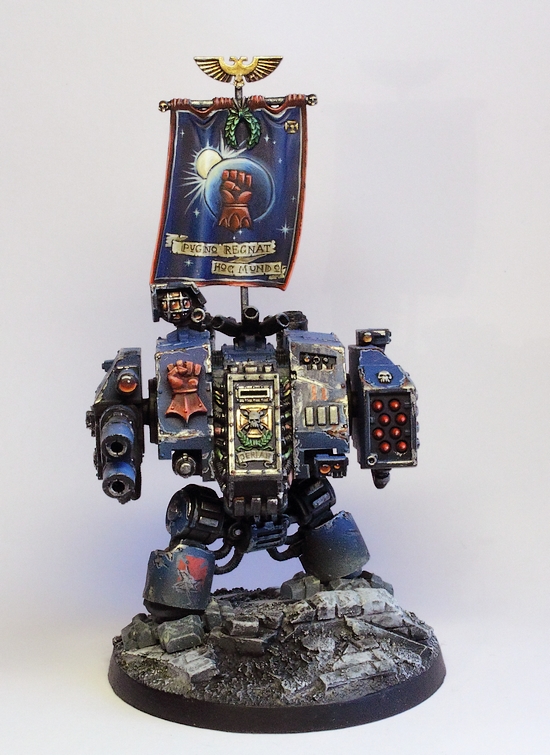 Developing tastes for wargaming which happens offside the “mainstream” sci-fi and fantasy rulesets of course comes with the side effect of finding nobody to play with  so I actually did some solo wargaming. Works for certain rulesets (and can make for surprisingly entertaining games even with some rules not written to be used by solo wargamers).

Inevitably, I seriously got into historical wargaming this year as well. I’ve had this weird fascination for the Thirty Years’ War for quite a while so when Pike&Shotte was published by Warlord Games this year I ordered almost immediately. Getting into historical wargaming was very exciting indeed because I went for a very classical approach. I chose my period, the ruleset I liked for now and then went on from there by choosing a scale, miniatures manufacturer and so on (including the way I’d base the guys). All things to be considered and each decision important and hard because, as it showed, I’m the only guy around here having decided to play that period at a smaller scale (due to how the ruleset I chose works) so I went to doing two armies right away. Got pretty far already too.

(this isn’t even half of the units)

Infinity, my game of choice in 2011, I played way less than I would have liked. Good system but due to special rules it can get a bit unwieldy. Anyway, absolutely gorgeous miniatures so I can live with a bit of unwieldiness. Started a section faction for that one in fall, really enjoying painting them even though I don’t get to play these days. However, I ran a demo table at a pretty darned big anime convention here in Vienna this year. Very fun experience. 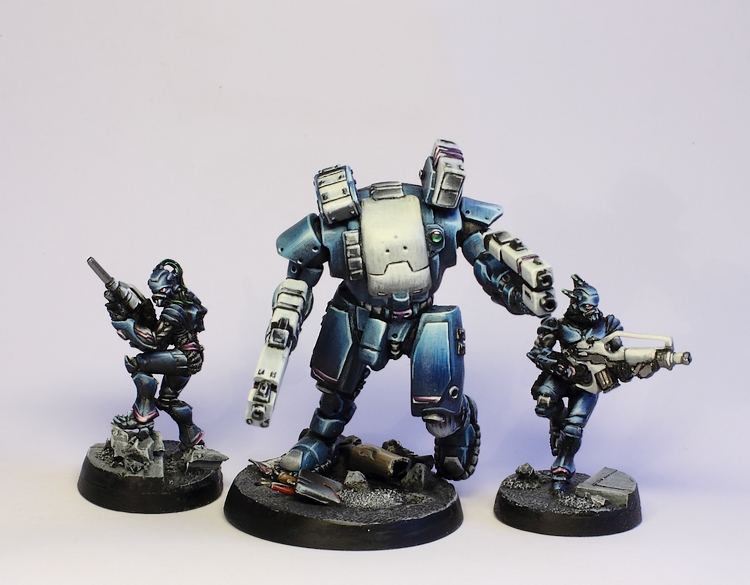 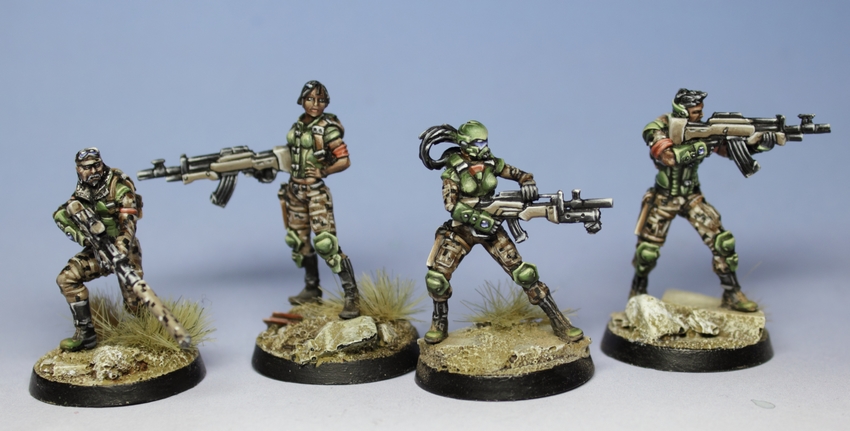 Then of course there was the release of 6th edition 40k. You can read my thoughts on that one in the review article posted back then. My views haven’t changed much. It’s good product and I think I like it better than 4th or 5th edition (3rd shall not be mentioned for being the spawn of evil and misery and 2nd edition shall not be mentioned for Thou shalt not take 2nd edition’s name in vain.). Sure,  it’s clunky and all but elegant but it works as it should and it’s fun. There are of course things which I don’t agree with but there’s no perfect rules set. The first two games I had weren’t too good because I used some hastily slapped-together army list consisting of units which I liked the look of.. The more recent games on the other hand I had a lot of fun with because I got out my Sisters of Battle again. Such a lovely army. 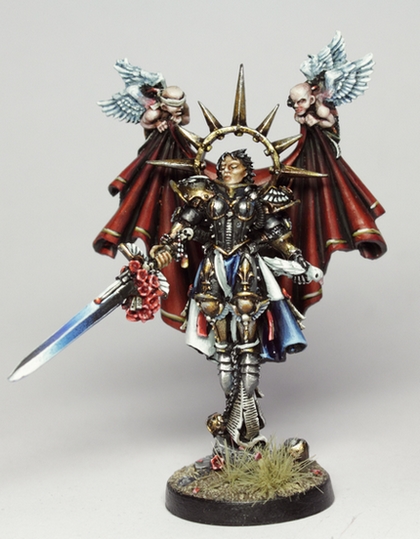 As you saw in the spring, I painted up a bunch of small forces of  old Epic miniatures to play Tomorrow’s War with, one of which developed into a full Epic Space Marines army. Only played it once so far but I’m really enjoying the system. Overall, small scale miniatures really grew on to me over the year. 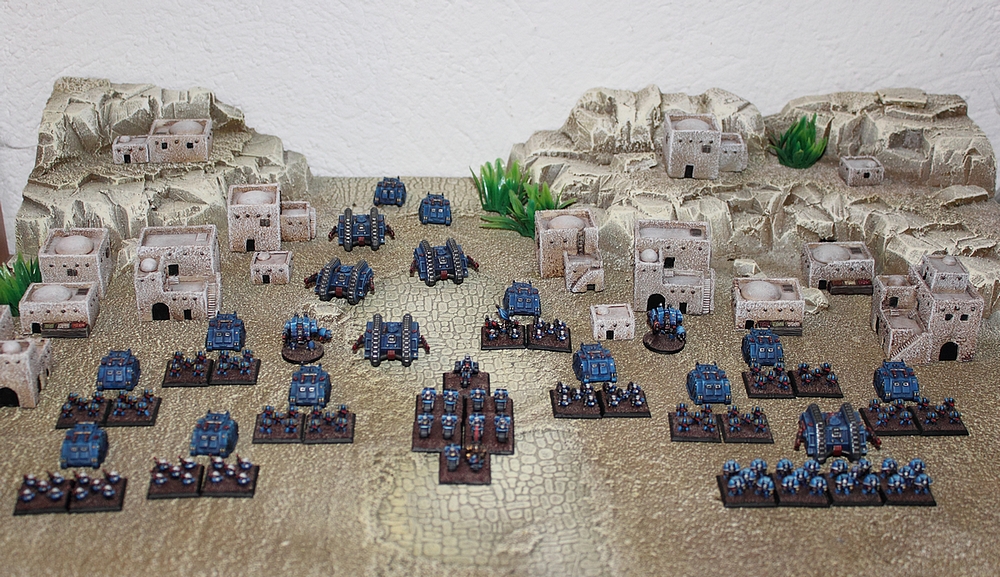 So much for the “personal” stuff that happened this year. In terms of Battle Brush Studios, things went well. I keep on being booked out throughout the year, I painted a lot of Space Marines, some of my favorite works I did on them so far. Another highlight of the year was the Mordheim warband which was a very unique and fun project in itself. Add to this a few Bloodbowl teams (always fun), Space Marines, Space Orks and some more Space Marines. I don’t mind because Space Marines are fun to paint and they come in all kinds of colours. Overall I have to say though that my renewed interest in wargaming as a whole and the shift of focus changed my approach to my commission work as well. 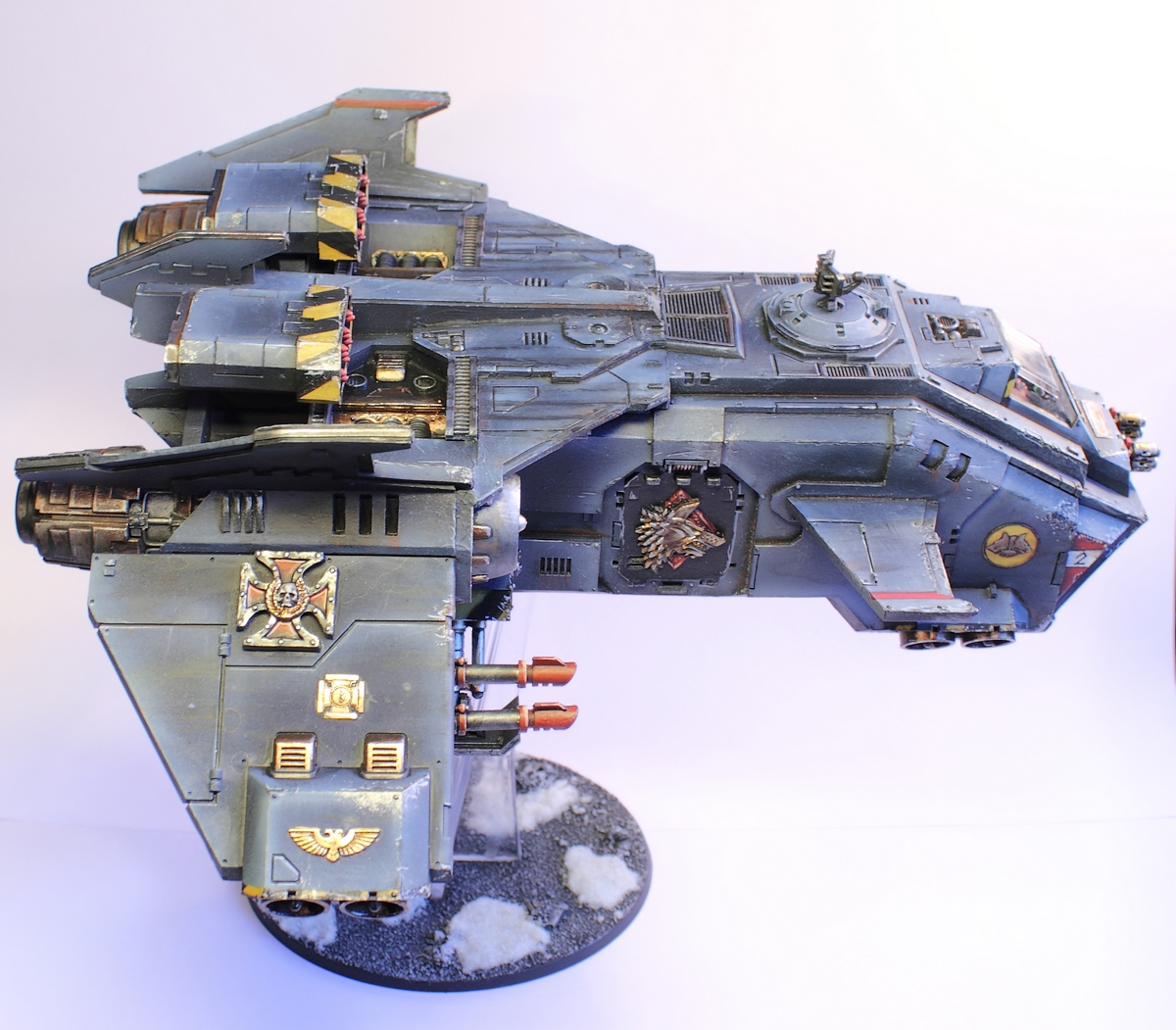 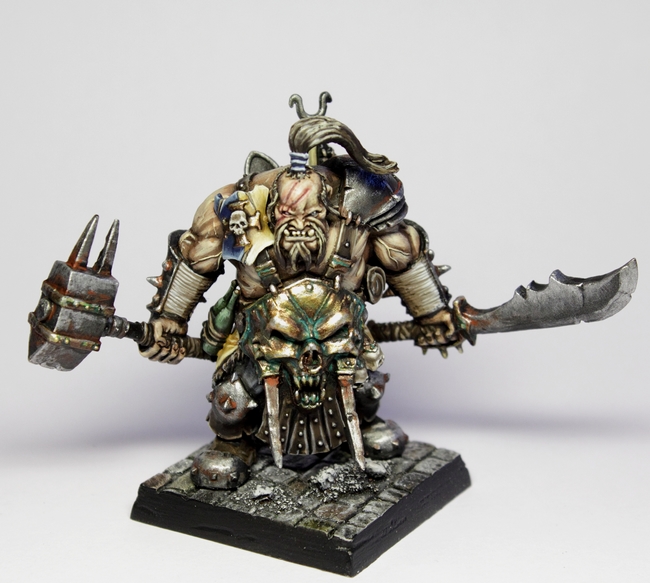 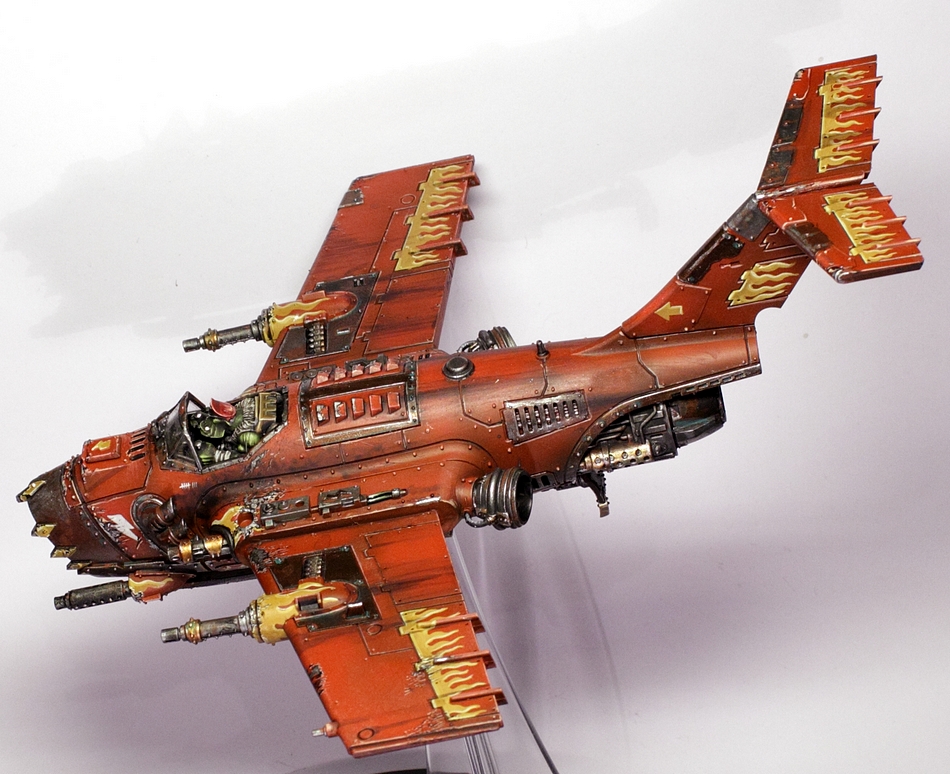 Battle Brush Studio’s new website was launched in November too and I plan to attend a fair number of wargaming shows and conventions in 2013. Another “big” thing for me was getting into actually producing and casting models and bases. At this point in time it’s all very basic (sculpted one full mniniature, one based on an armature… 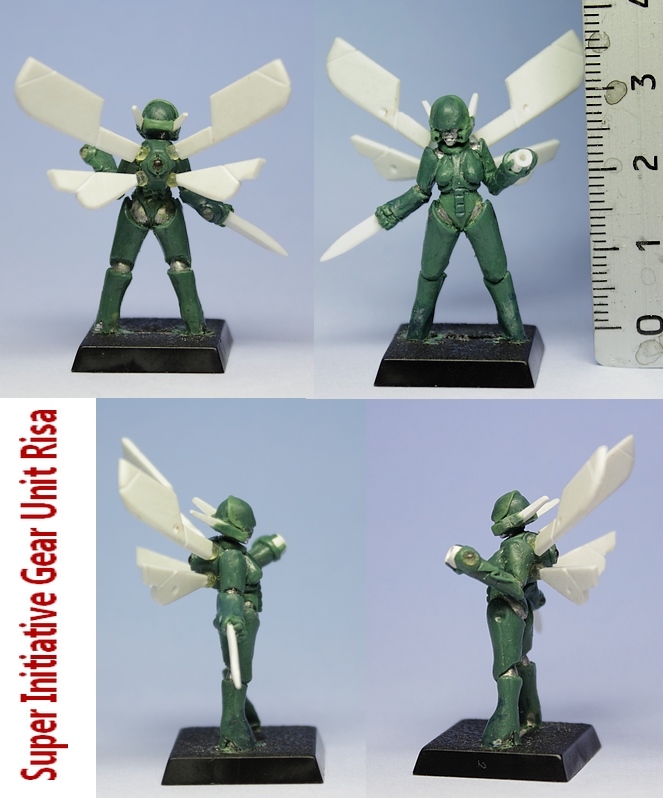 …got moulds for two sets of bases made and a set of 6mm scale desert village houses (see above in the picture with the Epic Marines). Very exciting stuff indeed. 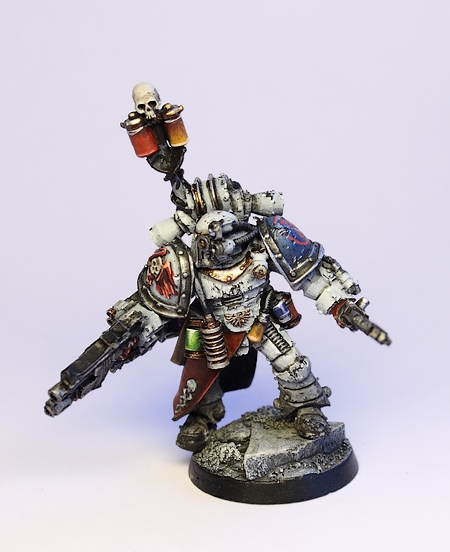 In so far, 2012 was indeed “a hoot” as they say. A thing that impacted me in the late year was the sad demise of Maelstrom Games in one of the nastiest business things happening in wargaming. Also decidedly business-y but way less nasty of course is the insane populatiry Kickstarter enjoys which without a doubt had the greatest impact on wargaming this year and will definately play a big role in the future as well. 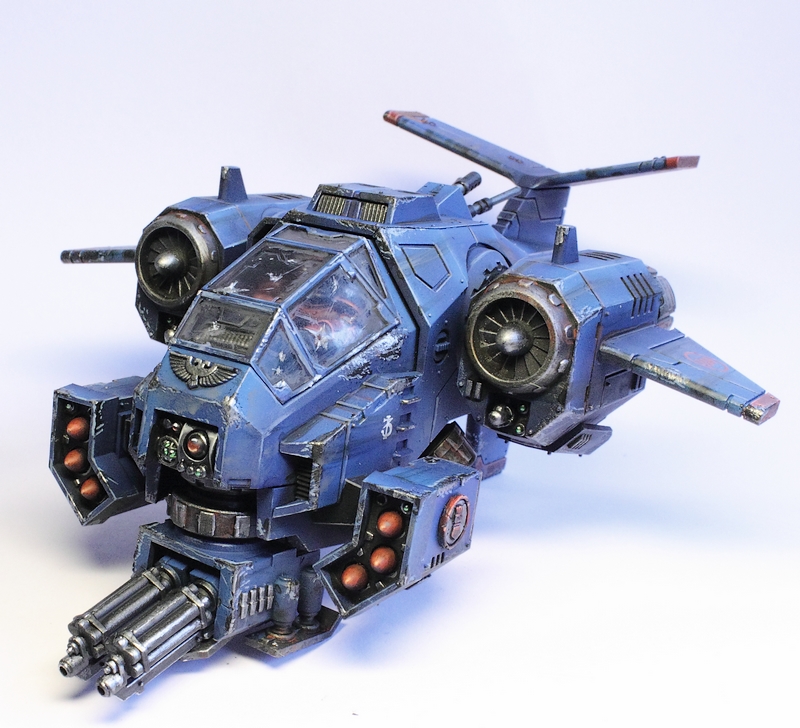 As for new year’s resolutions – as I said, I plan to attend wargaming shows a lot more, get some administrative things done as well. Then, of course, the old “play more” resolution is taken up again each year. I got way too many of my own projects running (Thirty Years War, Zombie apocalypse, Epic: Armageddon, Infinity, several dioramas and single miniatures, DBA Greeks and of course 40k as always.) plus commission work (which takes priority over the aforementioned projects naturally).

2013 certainly will bring change. Change in technology, change in my business and my personal life but I’ll be optimistic. I got lots of toy soldiers to paint, lots of toy soldiers to play with, a whole host of rulesets and I’m excited to get to know many new wargamers from all over the world, see other people’s models and tables and hope that I can restrain myself from buying too much new stuff.

Thanks to Garfy, Rev, Stahly and ThirdEyeNuke and all of our readers for
participating in the Tale of Painters. It will be a grand year for the
blog! 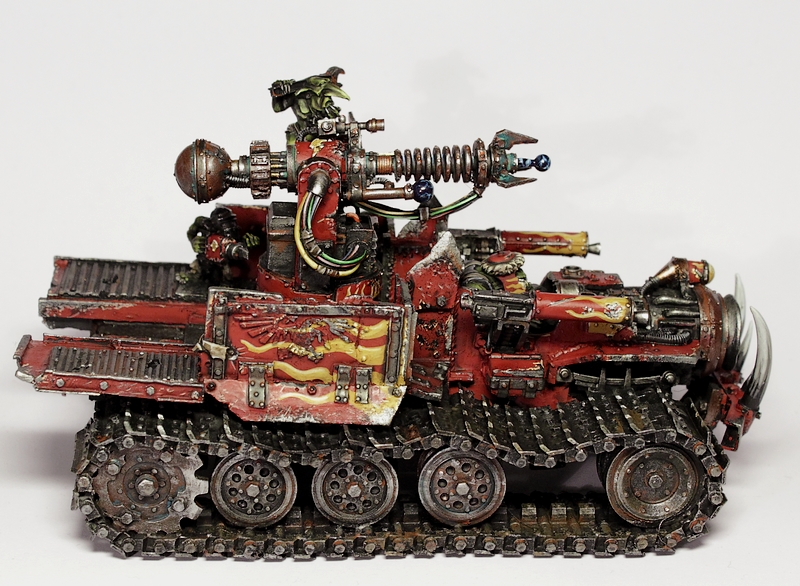