Showcase: Lord of the Rings The Three Hunters & Warriors of the Dead by FruitBear

Hey there everyone! I’m really excited to be sharing this with all of you. Here we have my 750 point army for a Lord of the Rings tournament I participated in not long ago. It includes the Three Hunters and the Warriors of the Dead! I was going with a list that reflected on what I enjoyed in the Return of the King so this army may not have been as competitive as it could have been. With a lower model count I knew I could finish painting this army in record time. In saying that this is my first completed army across all of Games Workshop’s three playing systems so I’m very proud.

I always enjoyed the part in the Return of the King where Aragorn seeks out the dead to fight for him and how cool were they when they purged Minis Tirith of all the orcs. There’s no second thought to it, I had to include the army of the dead in this army. 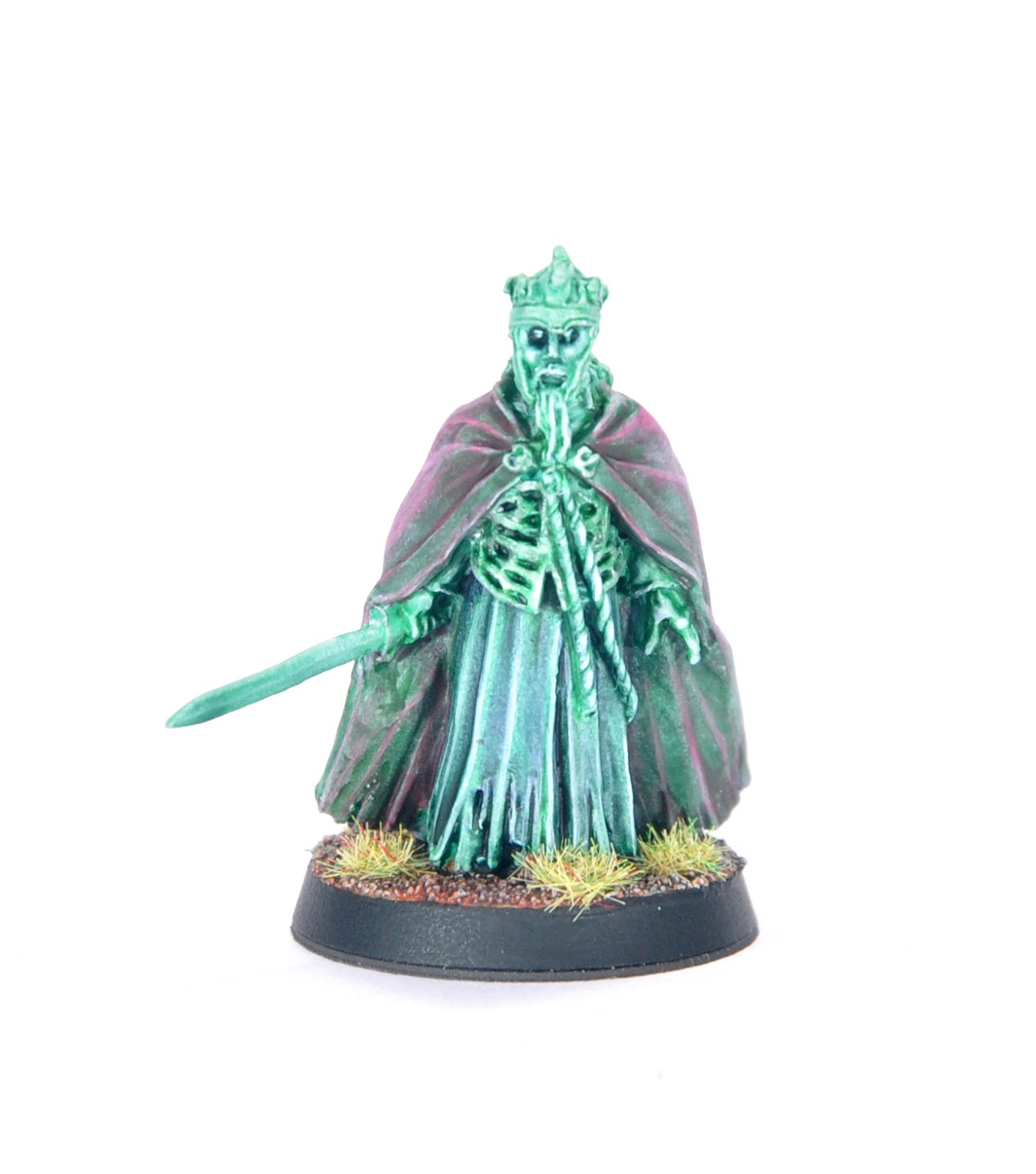 I started painting the King of the Dead to test out the painting method I’d use on the rest of models later. I first primed the model with a grey primer then using the zenithal highlighting technique I sprayed on a white primer from a certain angle. I washed the model with Nikilakh Oxide then shaded the model with various colours with a on-stage highlight of 5:1 mix of Ulthuan Grey and Warpstone Glow. The metallic parts were highlighted with Stormhost Silver.

These six Warriors of the Dead were shaded with Coelia Greenshade after the shade of Nihilkh Oxide and highlighted with 5:1 mix of Ulthuan Grey and Blue Horror. The metallic parts were highlighted with Stormhost Silver. 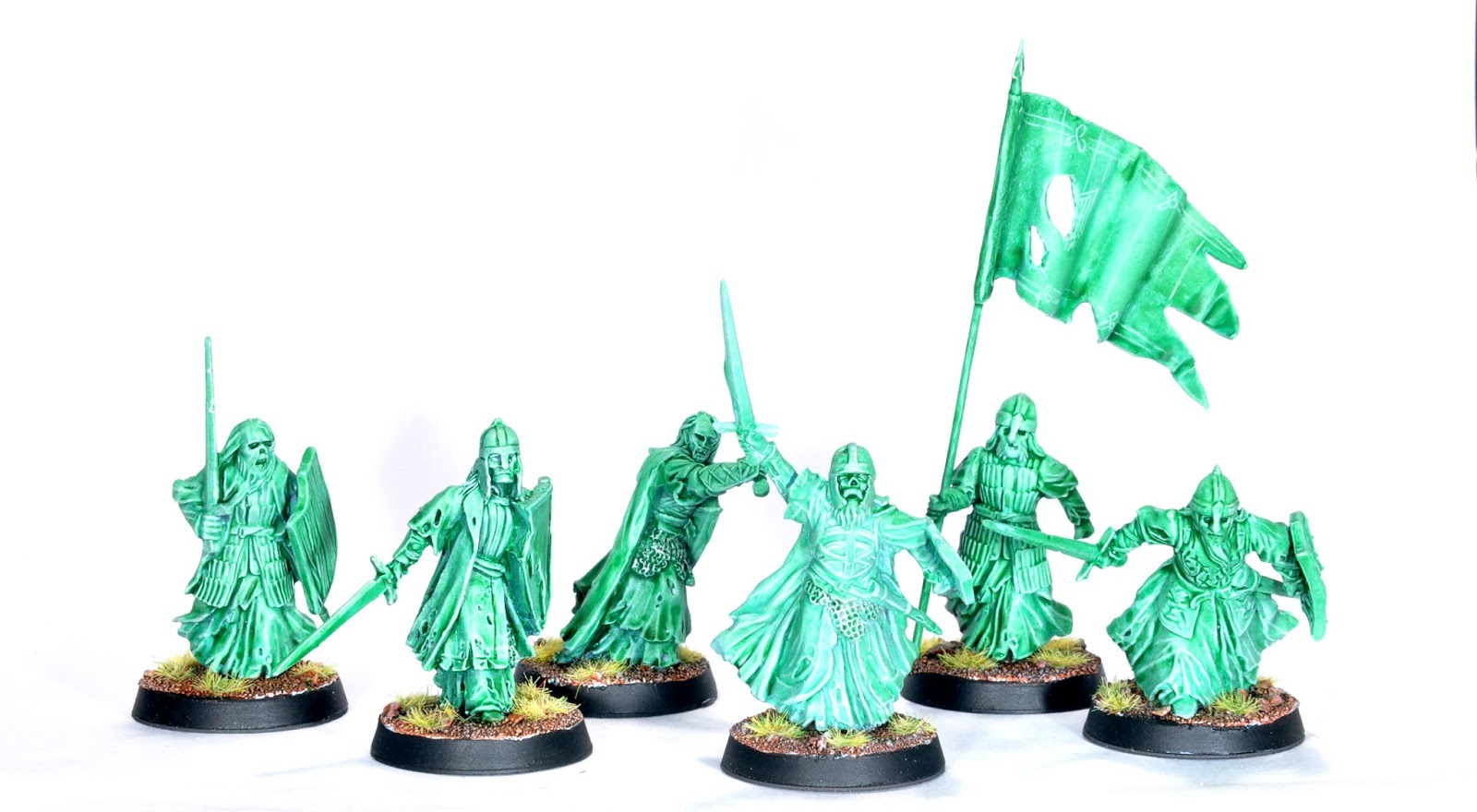 These other six Warriors of the Dead were shaded with Biel – Tan Green after the shade of Nihilkh Oxide and highlighted with 5:1 mix of Ulthuan Grey and Warpstone Glow. I was hoping the warriors could have a variety in their colour pallets instead of looking the same. 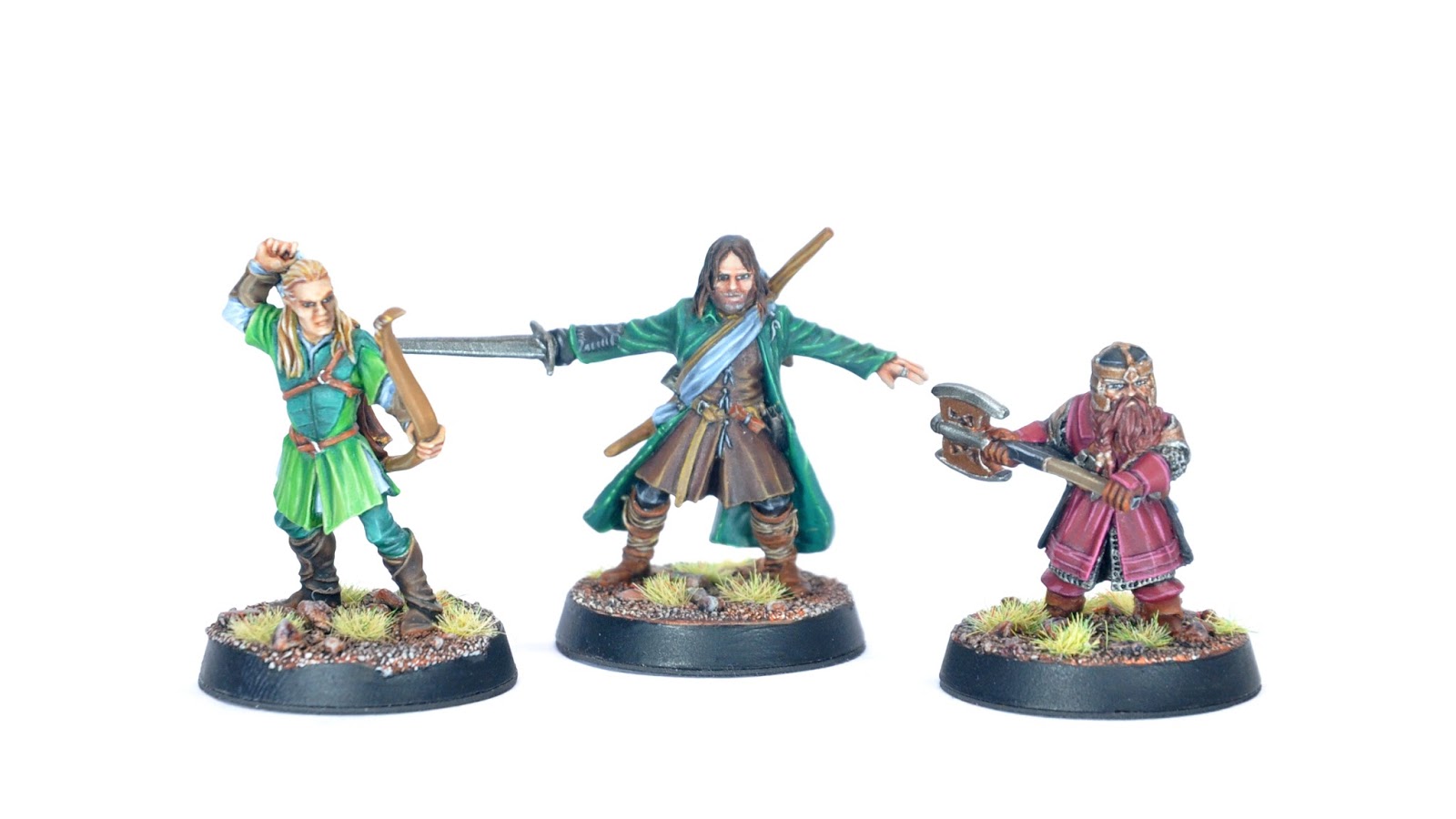 Finally, we have a group shot of the Three Hunters. Overall this Army was a real joy to paint and really satisfying as well. I wouldn’t have imagined I would be able to paint a Warrior of the Dead in 30 minutes but I did so it’s been a great experience. As for how I went in the tournament, I’ve always been a painter first and foremost so in case you’re wondering I guess that answers your question.

I really Hope all of you enjoyed this post. Hopefully, there’ll be more Lord of the Rings or Hobbit posts from me in the future.