Saturday, April 13th saw the 2019 instalment of Tabletop Knights’ Games Day! And I was there to tell the tale…

I’d already attended last year and was really happy to be invited back. It means quite a drive, but it’s a really cool event with a very broad focus and lots of people of all ages attending.

I arrived Friday afternoon and got to set up straight away. I can not overstate the luxury of not having to set up my stuff in the morning before the show starts. Afterwards, we went for pizza and drinks right across the street from my hotel. Couldn’t be better.

Setup went smoothly (I dropped one figure and yet have to re-glue it. I also at one point thought I’d forgotten one box, but found it later. Acceptable losses.). Me being proper on the big stage this year was a nice surprise.

However, I did not consider that it would mean me jumping on and off the stage about a million times to get from behind my table to the front and back over and over. Towards the end of the day I was tempted to make up new ways of getting onto the stage, but it would just have resulted in torn trousers and a reputation.

So on Saturday at 9, the whole show was kicked off by Korbi, one of the Tabletop Knights head honchos, and a general class guy.

Let me get straight on to the traditional run-down of tables because there’s a lot to get through.

Let’s start with the big, grim, dark elephant in the room – Warhammer 40k.

First, we got the eye-catching table by Der Müller, who does tabletop scratch build terrain.

Here we got some 30k being in the deployment phase:

..and a straight-up 40k game, with a billion Tyranids threatening to overrun the Thin Yellow Line, the Imperial Fists.

The event actually had grown a fair bit over the past year, not the least because there was a proper 40k tournament taking place in the ground level of the building, which is a very good solution. Tournament players require space, concentration, and all of that. Here are some impressions of the tourney from when I snuck in for a minute:

Of course Martin of Roll the Dice was present again as well, with a lot of merchandise (he’d restocked on the Mantic Fantasy/Medieval terrain since I’d raided his stock weeks before), and two demo games:

There were more vendors as well, namely Roostermodel, who does pretty cool things with MDF. 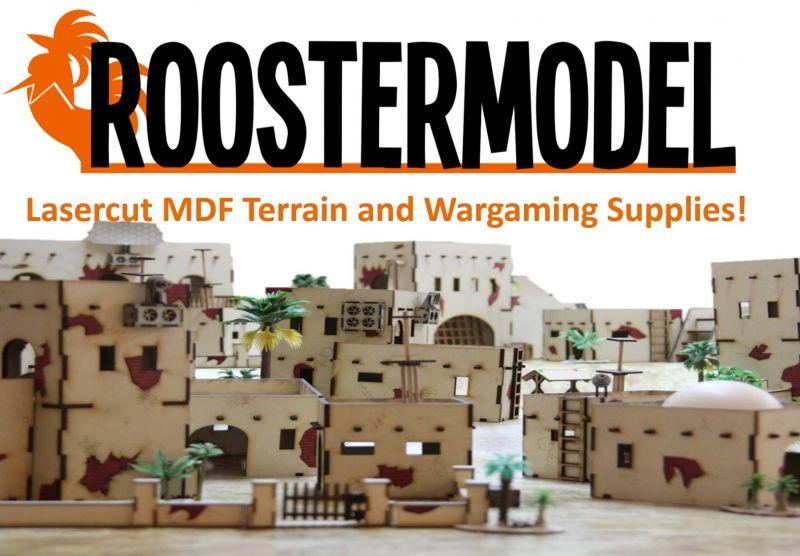 He also supplied a LOT of the demo tables with terrain, which made the gaming day a bit of an MDF-palooza. Or MDF-mania. Or MDF-bonanza. Or a Tour de MDForce. One of the pieces he showcased was his (not quite finished) High Elves fortress set:

The Spielbrett.co.at guys were also present with a very nice GW table, as well as the guys showcasing and selling Summoners and the figure range to go along with the game:

My pal Nik of Grumpy Old Tin, who’d sorely been missed at Austrian Salute, was there too, with his most lavish table so far, full of product, prototypes, 2 gaming tables and gummi goodies:

Spielecafé der Generationen was another very nice addition to the show. They had tables full of board games to borrow and try out and a prize draw as well, at which I scored some Dominion promo cards and something by Green Stuff World I still have to take a closer look at. Nik said it’s probably the spider web things. Gimmicky painting stuff. Yay.

Anyway, positive things: The boardgame table was a very nice addition. Often gaming conventions I attend just don’t have the space to branch out into other things much, but this one does, and they made good use of it I think by adding stuff like that.

The lady in the left actually was there with her son. The whole gaming thing was entirely new to her, but she was on board with everything. Played the boardgames, asked about tabletop games, later on joined me at the painting workshop and we painted some Sigmarites.

Speaking of the workshop; usually, I run my own little table with 1-3 (depending on the venue) spots for people to sit down with me, chat and paint things with me. At this show, I was out for greater things as from 2pm on I ran the proper big painting workshop on the stage with people of all ages attending, painting figures kindly donated by GW (the usual snap-fit Primaris and Sigmarites). Good times. I really enjoy doing those workshops, and so far the feedback’s always been positive.

Right, back to the gaming tables. Sticking with GW some more, there actually was an Adeptus Titanicus table:

Yes, the models actually are nice. Not sure I can resist much longer.

Aaaand to round off the GW section, there was a pretty neat Age of Sigmar table:

As a bonus serving of GW, here’s a bunch of happy people playing Nightvault:

In general, the things played at this show were more at the ‘broad’ end of the spectrum. So there were Star Warsian things of course. I think all of them, even.

There actually was the Guildball tournament going on in the upper balcony thing too, but somehow it seeped down into the main hall as well.

It was good to see Frostgrave being present again as well.

And it was really well liked too. Don’t be fooled by my photos only showing the same people. 😛 It was being played throughout the day.

Dead Man’s Hand table with – you guessed it – MDF buildings on top:

Sadly I didn’t get any photos of the Bolt Action table done, because for some reason I forgot about taking pictures while chatting to the guy. Good guy, good chat. Hope to grab some pictures of his table of the interwebs.

This is a nice table actually. Colourful and all. Shame the minis aren’t painted, because Freebooter’s Fate figures are really pretty.

In my little bubble of things, Eden is an odd creature. Cool figures (I think I painted some for a skirmish warband a while ago), the rules are said to be solid. I never hear anybody talk about it, but it tends to pop up in the strangest places.

It looks like a fun game. Maybe at some point, I’ll manage to get a demo game of it.

Warlord’s dabble into their very own Sci-Fi setting. The guys are really taken with it and to the end of the show tried to invite me into their universe, but I just couldn’t carry yet another box home with me. The terrain on this table was interesting. Not MDF, but cardboard. Before setting up I saw them pop the parts out of their frames. Very interesting stuff indeed and a very handy solution for demo games.

One of the first games I spotted was the Saga game set against a crusades backdrop. Nicely painted figures, interesting objective markers. Saga really, really caught on in Germany with the release of the German language rulebooks a few years ago.

A Song of Ice and Fire:

The figures on that one are rather nice. And very nicely painted indeed.

Now, this was probably one of the prettiest tables of the show. Yup, that thing in the back is a boat!

They also ran the traditional painting competition, for the fancy cups here:

Winners in the monsters category: 1st – Mortarion, 2nd – Tau Suit, open, with the pilot sitting on one of the arms, 3rd: Dragon. Later we learned that it’s actually a bloody Bones figure. So don’t dismiss them entirely; they can look good when painted.

To top it off here are some shots of some of the figures I had with me:

So yeah, that’s my report. I try to keep it short on words and rich in photos. Hope you enjoyed this article. I did thoroughly enjoy the days spent across the border. Many thanks for the Tabletop Knights for having me, thanks to all the people who untiringly ran demos throughout the day, thanks to everybody who attended the games and my painting workshop. Oh, and thanks to everybody who helped me haul the goods between the car and the venue. Many nice chats were had indeed and I’m looking forward to more events!

Tale of Painters wants you!