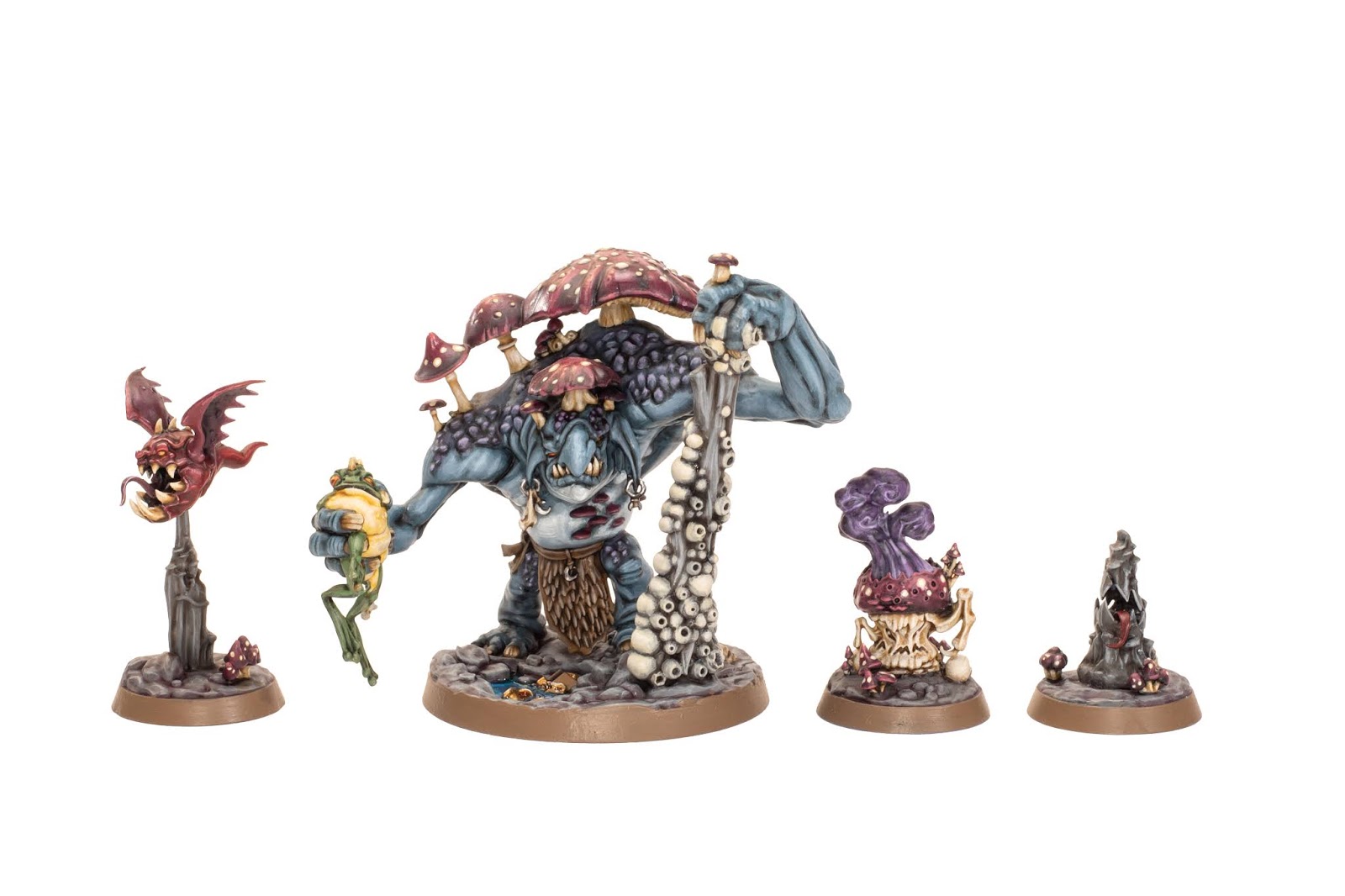 In this post I want to talk about Mollog’s limited paint scheme. I also share a cinematic shot of Mollog’s Mob being ambushed by Skaeth’s Hunters after the jump.

Mollog’s Mob is a war band of four very different models, but I wanted them to be unified. For me I wanted them to look cohesive. The easiest way to do this is paint all the bases the same colour. I painted my bases black, then drybrushed with Stormvermin Fur. I then covered the entire base in Magos Purple Contrast Paint to tint the rocks a purple shade. A quick couple of dry brushes of Stormvermin Fur and Dawnstone and I have a lovely theme purple rock base. Base rim is Steel Legion Drab.

For the stalagmites (or is it stalactites) I replaced the Magos Contrast stage with Agrax Earthshade. This helped differentiate the Stalagsquig from his base. I also painted Mollog’s club in this rock colour instead of wood.

By not painting it wood I’m leaving out an extra colour. I’m limiting my colour palette. By reducing the number of colours I use I’m forced to paint things in a similar way. The Squig was painted the same way as the mushroom tops with a slight change. First I paint the Squig/mushroom top with Burgundy Barak Nar, then Screamer Pink and final highlights are Emperor’s Children.  That’s it for the mushroom but the Squig gets a coat of Flesh Tearers Red Contrast paint to tint the colour scheme slight red. 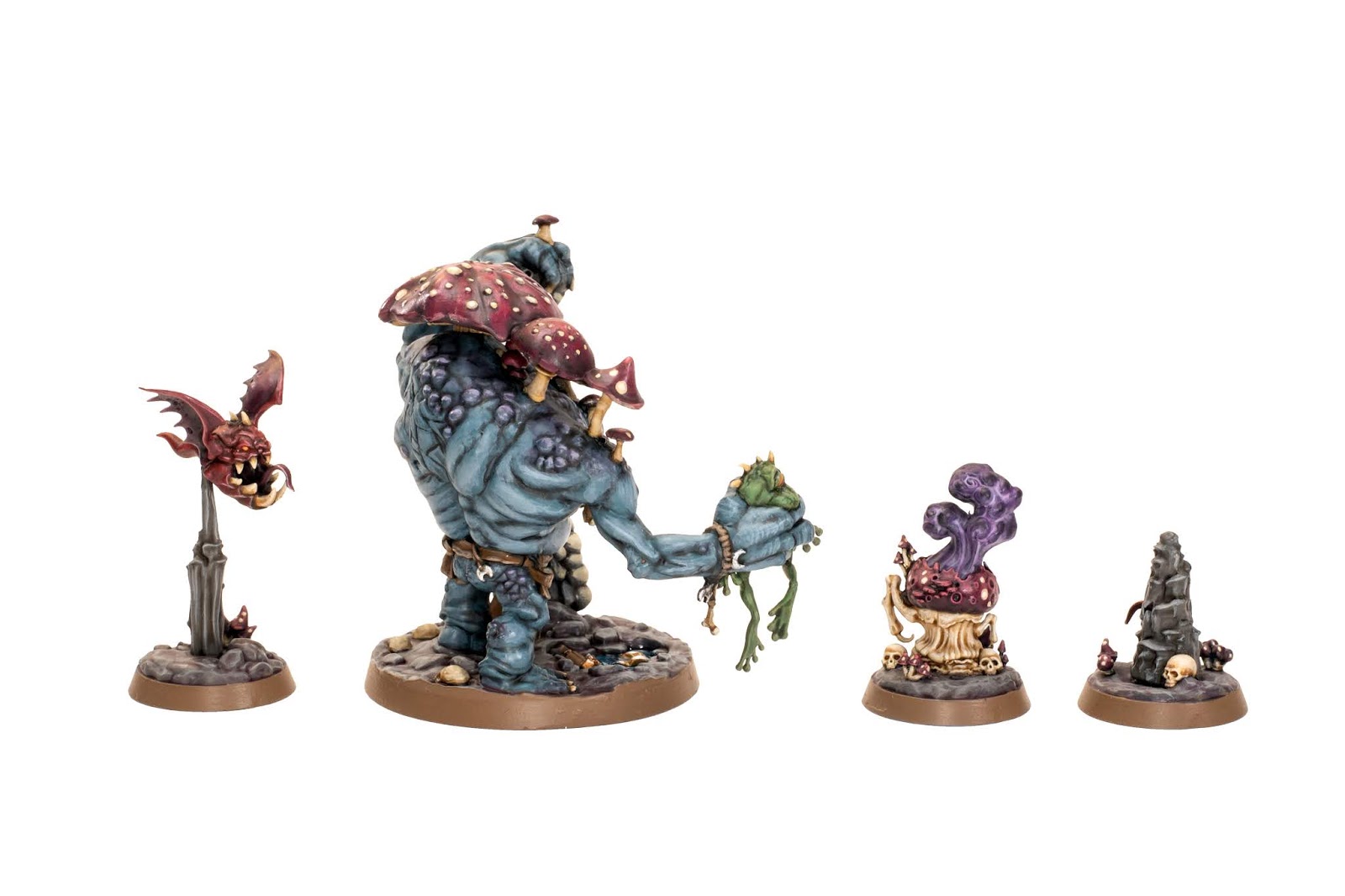 Other areas I’ve merged colours on the limited colour scheme is the mushroom bodies and the bone. I start with a couple of layers of Morghast Bone, then use my favourite Contrast Paint, Skeleton Horde. I then highlight with Ubshanti bone. Super simple. Morghast Bone then Ubshanti Bone were also used for the dots on the shrooms.

Because Mollog is the centrepiece I didn’t use his skin recipe anywhere else on the warband. I also introduced new colours for his frog. These things couple with his size make him stand out.

Mollog’s skin recipe is Thunderhawk Blue, Basilicanum Grey Contrast, Russ Grey then Fenrisian Grey. His scales are the colours above then hit with Magos Purple Contrast and highlighted with Dechala Lilac paint. His belly is the base skin recipe then highlighted with Celestra Grey, Grey Seer and then Ulthuan Grey. 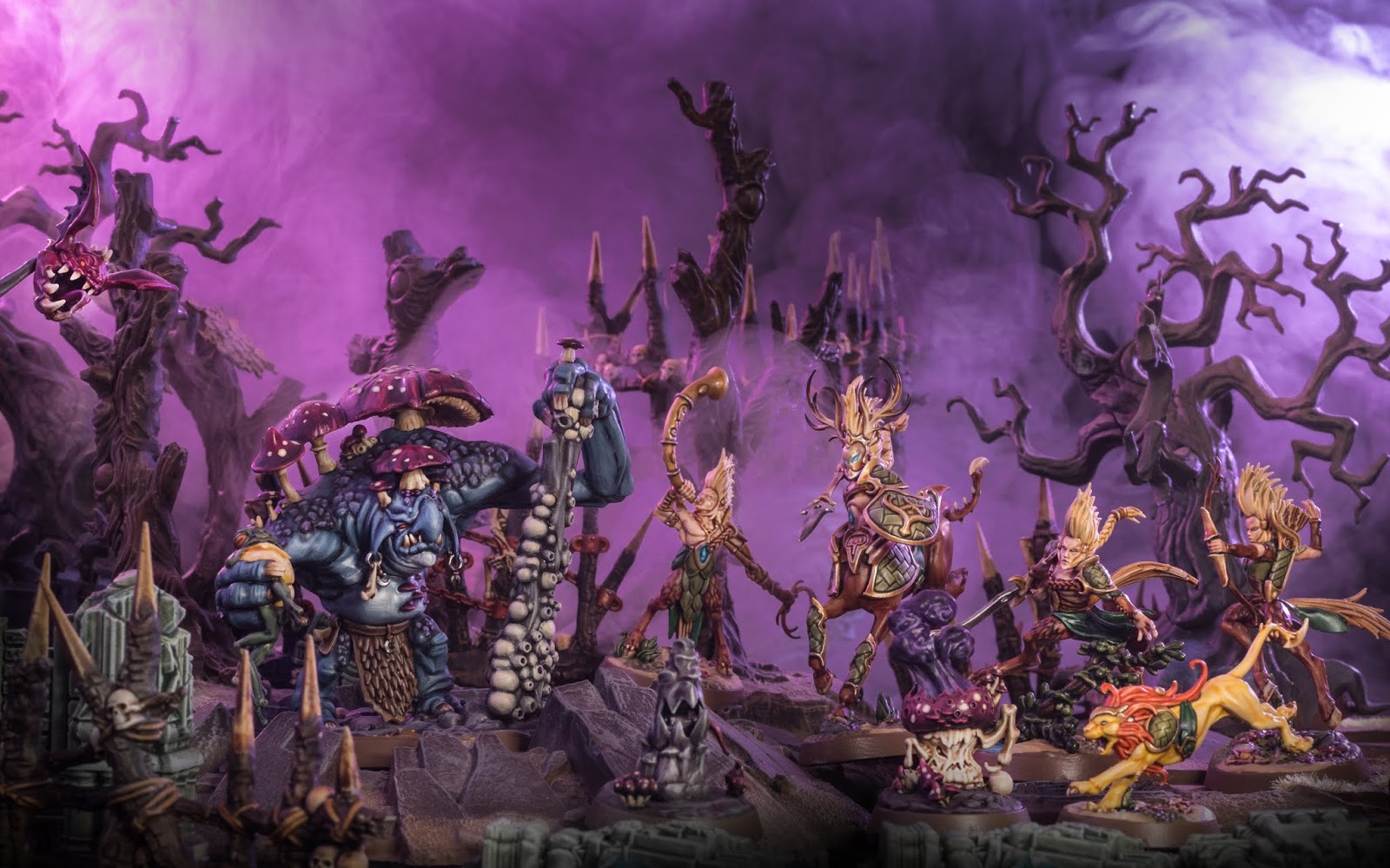 As promised at the beginning of this post, here’s my cinematic shot. I actually posted this on facebook a few days ago and Warhammer Community’s very own Nick Bayton said he thought it was a Games Workshop studio shot at first! Very high praise indeed. I worship and try to emulate Games Workshop’s photography.

Hope you enjoyed this post. Mollog started off as just painting the Stallagsquig as a quick win to help bump me through the Beastgrave projects. Have you ever done that? Painted a tiny model in an hour just to get that motivational buzz of completing something? I enjoyed the buzz so much Just kept painting the rest of the warband! Now they’re done, it’s back to working on Grashrak’s Despoilers! 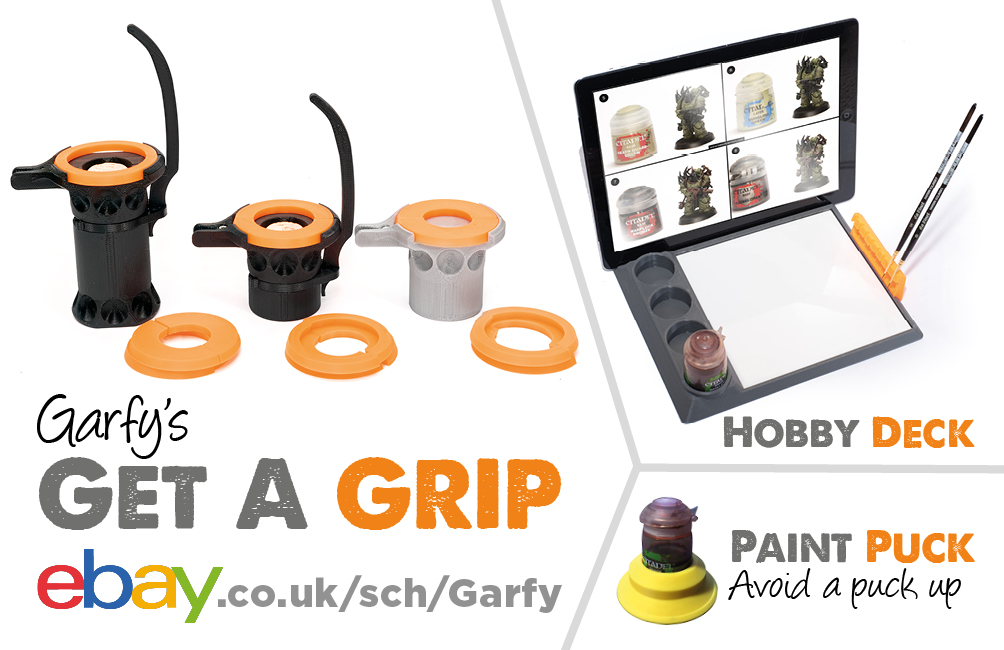