I saw a hobby phrase on Twitter the other day and it summed up this week’s painting project perfectly. Have you heard of ‘palette cleanser’? It’s a play on ‘palate cleanser’ (a neutral-flavored food or drink that removes food residue from the tongue allowing one to more accurately assess a new flavour). Well ‘palette cleanser’ is the hobby equivalent and in this context it refers to a quick and easy painting project to clear the way for another painting project. After the jump I’ll talk about how I painted this set. 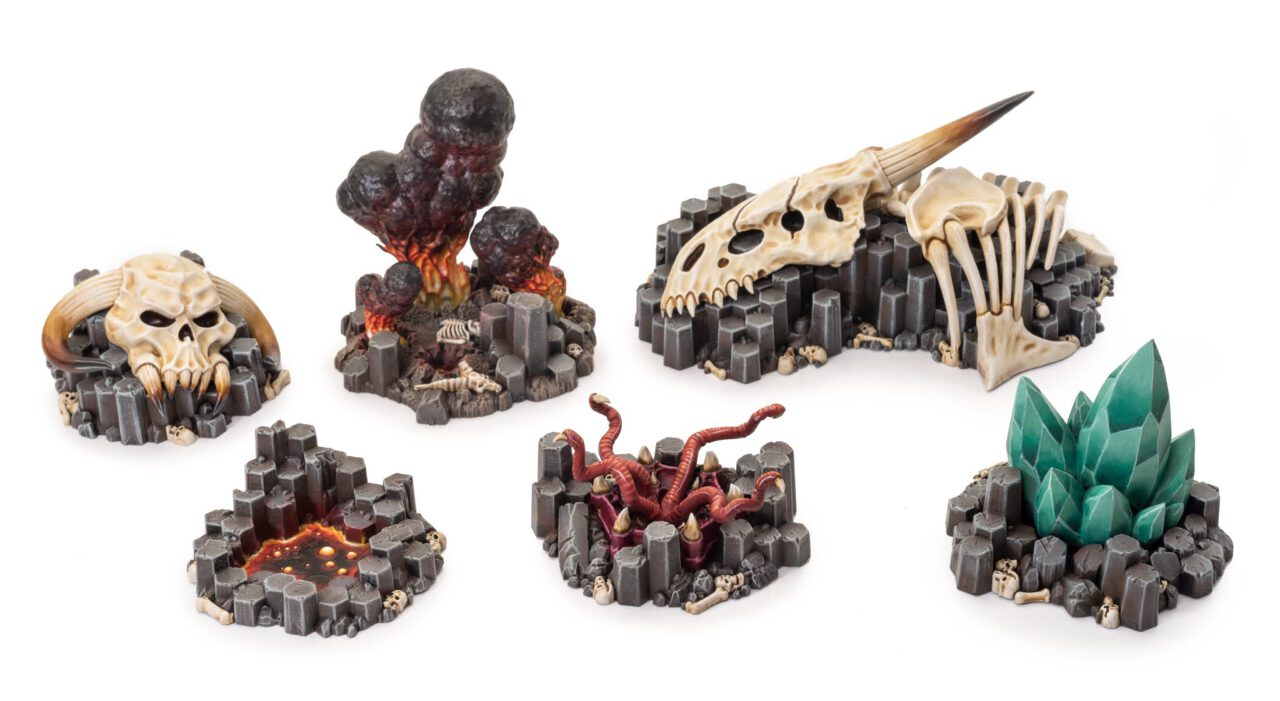 This plastic terrain set is highly detailed and characterful. It’s designed to be used in your games of Warhammer Underworlds to represent blocked and lethal hexes. It really does bring the board to life. It’s quite cheap as well coming in at the same price as a warband. 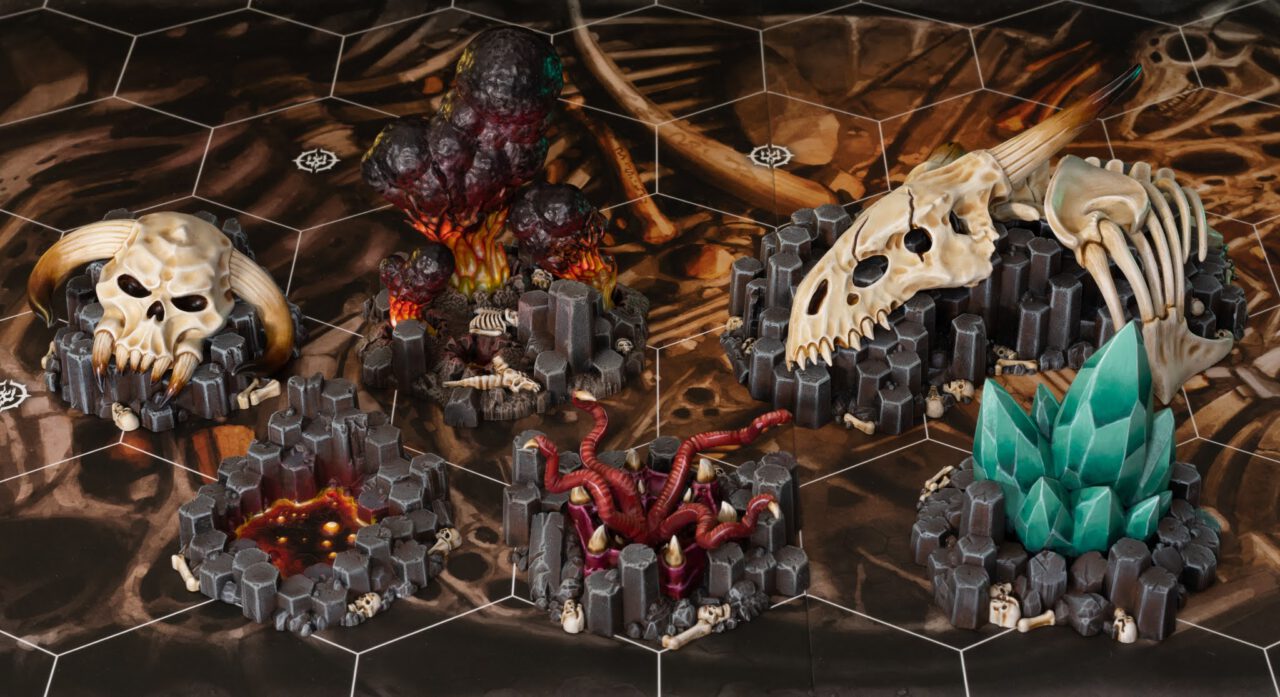 To paint this set I did a lot of drybrushing and used a lot of Contrast paint. I didn’t glue the monster skulls, fire or crystals in place and sprayed those separately with Wraithbone spray.

The rocky bases were under coated with black. I drybrushed the rocks with Mournfang Brown, then Mechanicus Grey, then Dawnstone Grey. I then washed it with Agrax Earthshade, finally I gave it a light drybrush of Celestra Grey.

The monster skulls were washed with Skeleton Horde Contrast thinned with equal parts Lahmian Medium then drybrushed with Wraithbone base paint. I then used Snakebite Leather Contrast to paint deep cracks, nose and eye sockets. The horns on the skulls had the tips painted with Contrast Snakebite Leather then Gore-Grunta Hide, Cygor Brown and finally Wyldwood.

For the fire check out this tutorial I wrote previously.

I got these painted in 4 days which I think is pretty good. I’m really happy with them and can’t wait to drop them into some photos, oh and I guess I should try to get some games of Beastgrave in too!