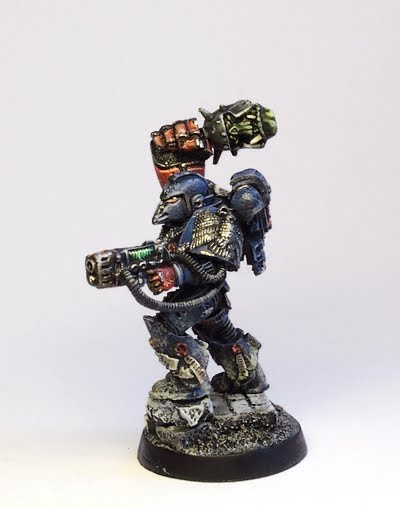 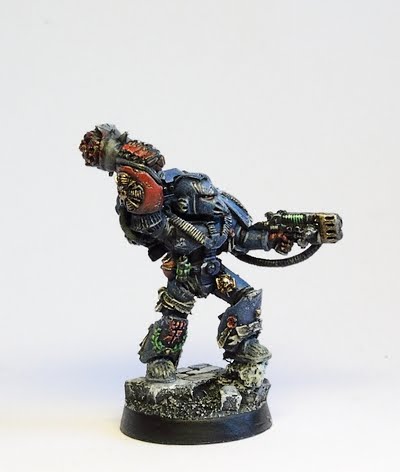 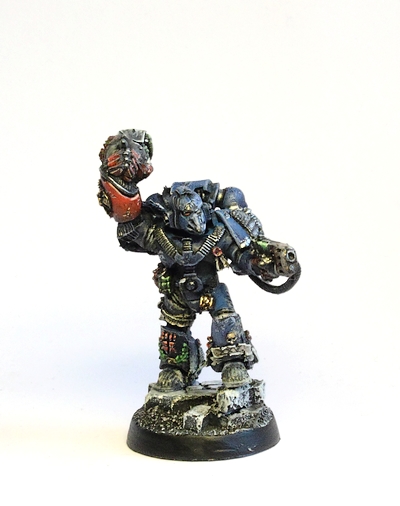 You see, THIS is what GW’s supposed to do with limited edition models. Make them something interesting, maybe an in-joke, maybe an overt joke, or, as in this case, a reminiscence to the game’s great history. Personally, I don’t care at all for the usual limited edition models like the Games Day models of the past which in recent years were mostly Space Marines with some kind of weapon or, at the lowest point in my opinion, just slight variants on readily available models. 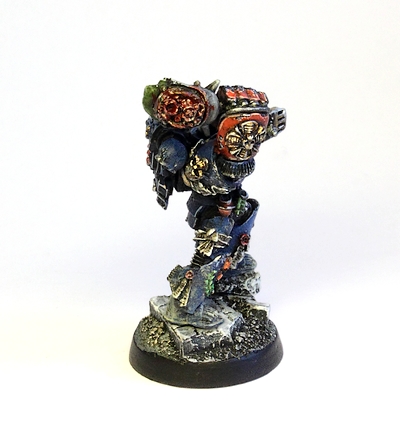 Making limited edition models memorable is a good move. Slavishly sticking to the possibility of making the model work in-game isn’t necessary at all in my opinion but it still can work. This guy, along with this year’s incredibly glorious Games Day miniature, the female Commissar and others is what makes for memorable limited edition models. Of course I don’t think that the redesign of the model was necessary. I can see why they did the Ork head differently (simply because GW made Orks to look very different in third edition) but it would have been nice if they’d kept the glove-like gun. 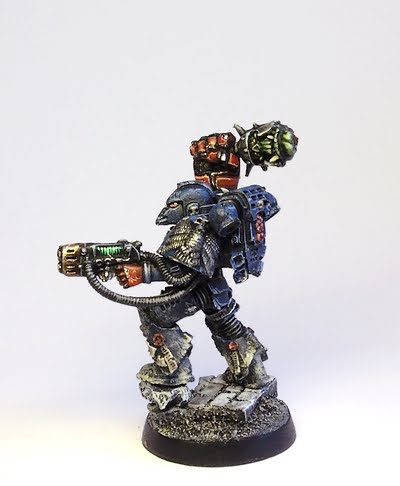 This one was much fun to build and paint. Well, to be honest, he would have been much fun to build because the two haves of the mold were obviously not matched up perfectly which led to some pretty annoying mold lines. Not a biggie but especially with a limited edition model it raises some concerns.

With metal you were sure to get what’s on the box in 99.8% of all cases. With Finecast, it’s always a gamble. I’m not dismissing the whole thing altogether here but just mentioning it in connection with limited edition models. I’ve had as many good experiences with Finecast models as I’ve had bad ones so the reason I could do without it simply is that I’m one of the “I like the weight and feel of metal” guys and, as mentioned above, the gamble with limited edition models.

Anyhow, I hope you enjoy the pictures. Let me know what you think about limited edition models in the comments section!