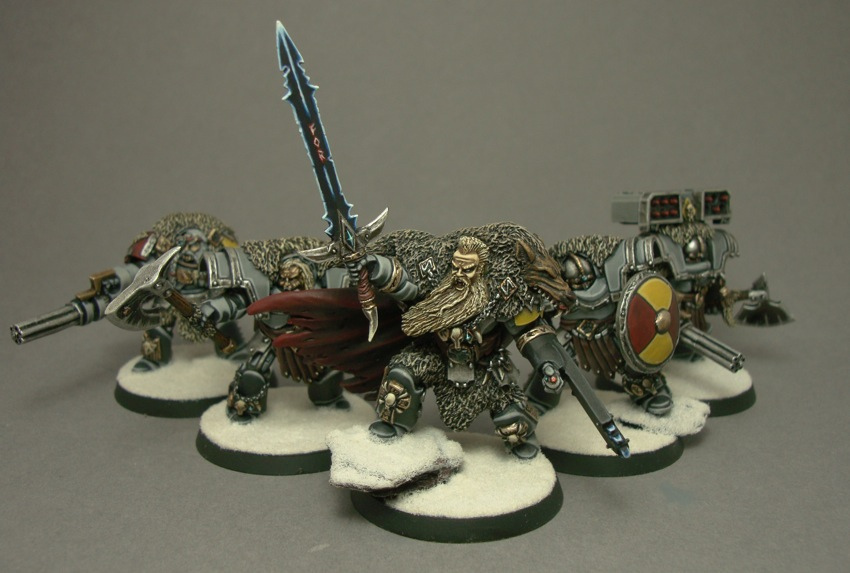 Hi there, this is Stahly, something different here today. Our friend and Blog Network member Sorrowshard, often featured in Tales from the Blog Network for his stunning Dark Eldar army, has recently lost his job and thus decided to let go on one of his armies. It’s available for sale and to help him out in this difficult times we showcase his Space Wolves army here on Tale of Painters to help him find a new home for his models. So whether you’re interested in buying this army or just want to check out his excellent painting and conversions, please check out this post. Now, over to Sorrowshard:

Hi, I’m Sorrowshard otherwise known as Matt. I have been in the hobby for many years, I have mainly been into Elves and Eldar for majority of that period, I operate the Eldar blog Rant in E Minor which is part of the Tale of Painters Network and am fairly well known for my Invidious Requiem DE. However, I have always had a weakness for the Sons of Russ. 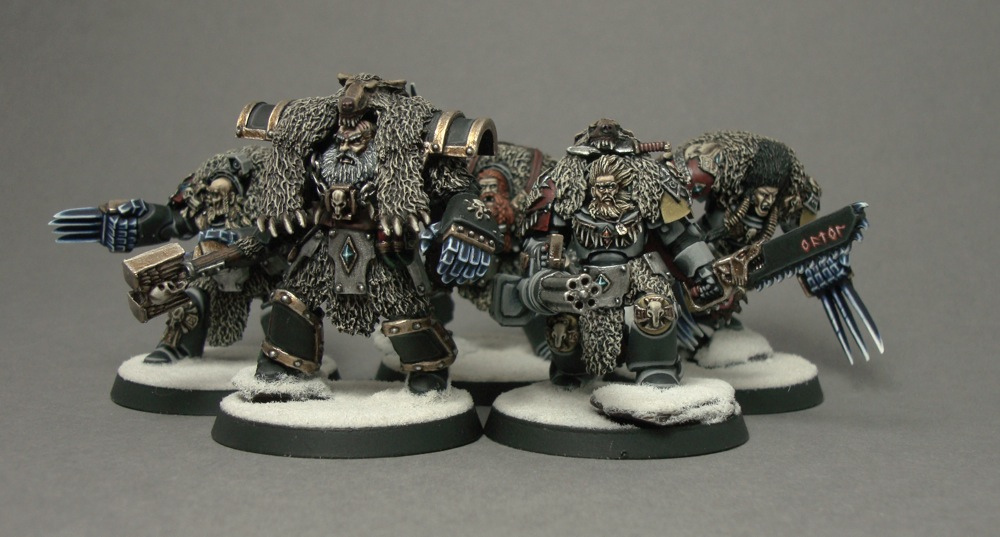 Lonewolves a graphic novel produced by Black library some years ago was an inspiration and the trigger for this army, and the bikers are very much taken from those pages, doing the squad of bikes snowballed into doing more and more units.

The army is playable and runs as a pseudo Logan-wing but that was never the objective, it was always to do an Spacewolves army the way I saw them, I had planned to eventually add some converted Snow-Speeders to army but other projects came along and took over. 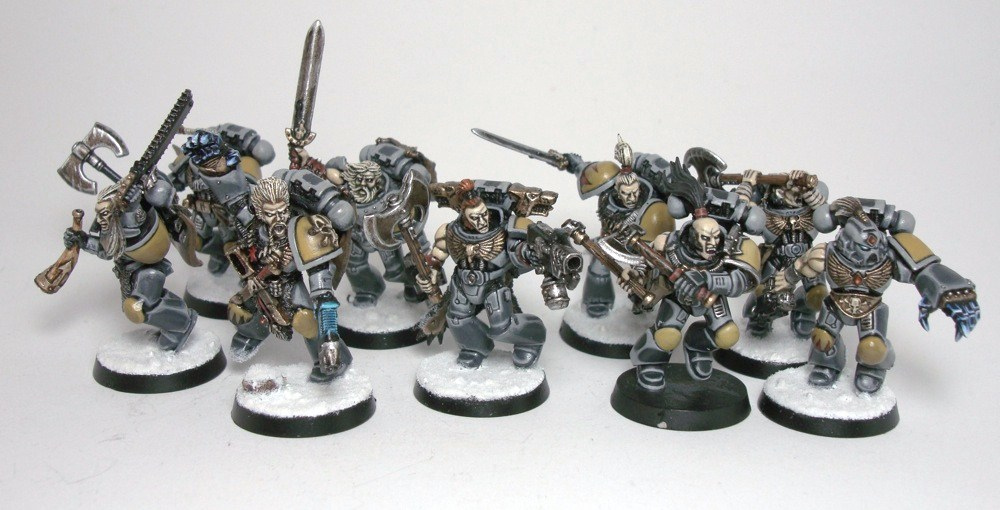 I was living with my Friend El Diablo at the time and he is a skilled model converter, he outright built alot of the models in this army and the ones he did not build he either did some work on or had input at the design stage, everything was collaborative, but the army would never ever have come out the way it did without us working so well together sometimes you just can’t beat having someone to bounce ideas around with, some of my fondest memories of hobby-time involve the creation of this army. 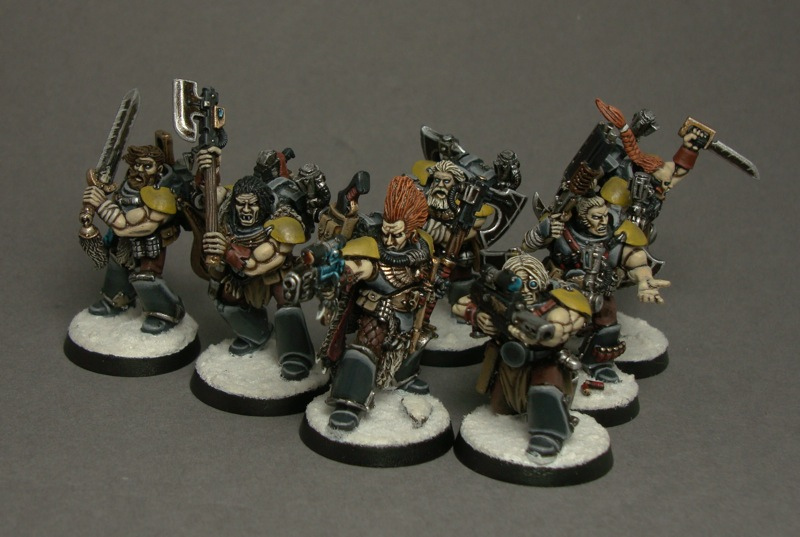 I have hit a tough patch in my life and although I have considered selling these before I could never bring myself to do it, circumstances have essentially forced my hand and I’m now offering the army up to any interested army collectors in the hopes of keeping them together, If no suitable offers are forthcoming I’ll have to split it into individual units etc for sale on Ebay. 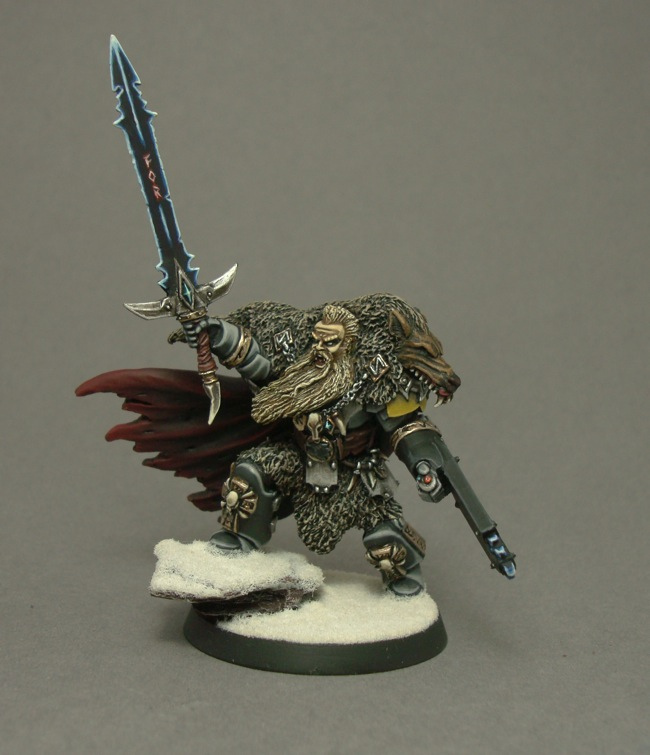 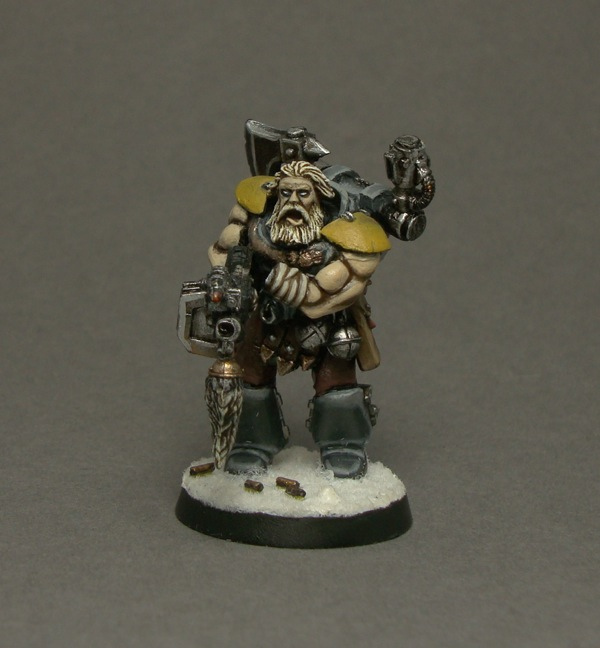 The army consists of: a unit of Grey Hunters , two units of Blood Claws, a unit of Wolf Scouts, a unit of WG bikers with Space Wolf hero (gets used as bike Runepriest or WG battle-leader), two units of WG Termies , a Termy Wolf Priest I use as Arjac and a Termy Lord I use as Logan. 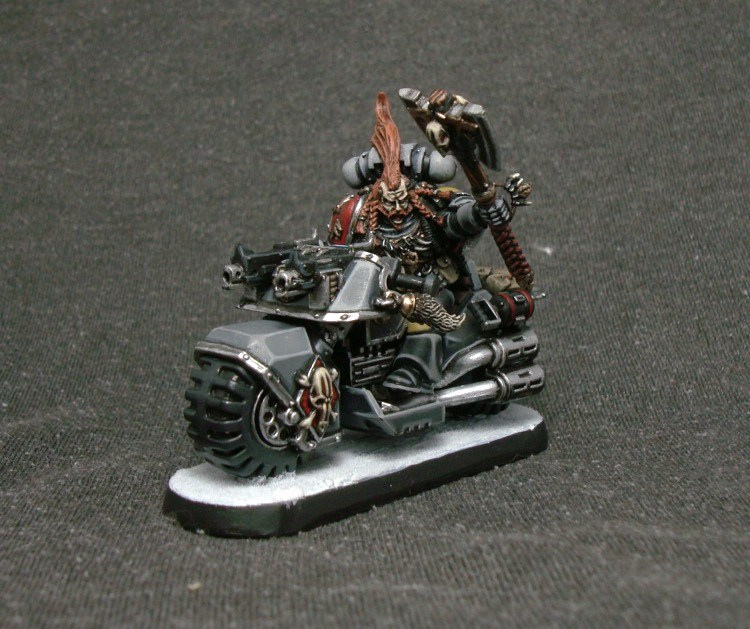 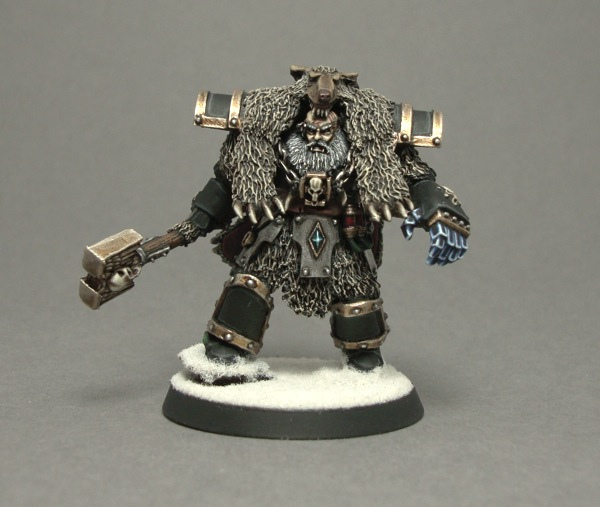 My thanks to Stahly for making the space available to me for me to do this, a thorough gent !