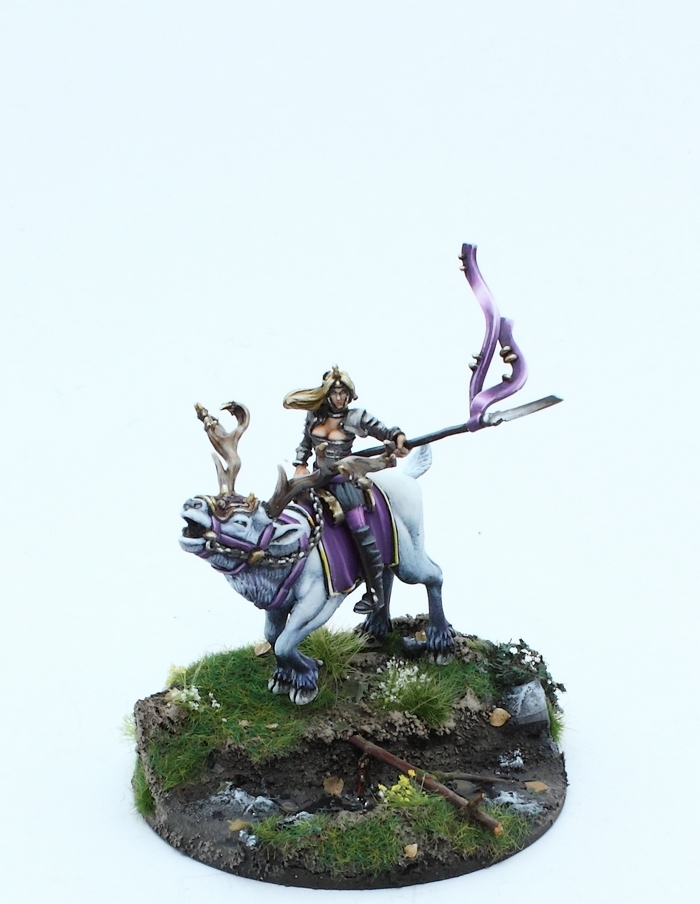 Occasionally I get hired to paint promo miniatures or masters for miniatures companies. This is the most recent one: Dead Earth Games’ Stag Rider. 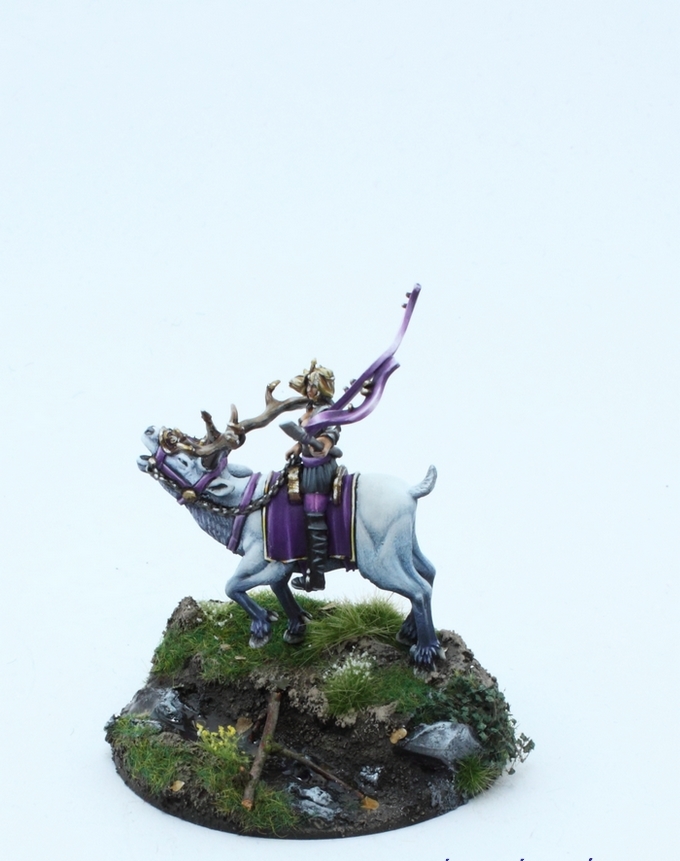 I have been in contact with Dead Earth Games for a while now, pretty much since their first very popular Kickstarter for their Across the Dead Earth set of rules (post-apocalyptic skirmish gaming, with the twist that it’s set in England). After that they wanted to start their own Fantasy game supported with another miniatures range. I painted the first bunch of minis for those too, and now they’re running their third Kickstarter for doing slightly out-of-the-ordinary Fantasy cavalry. 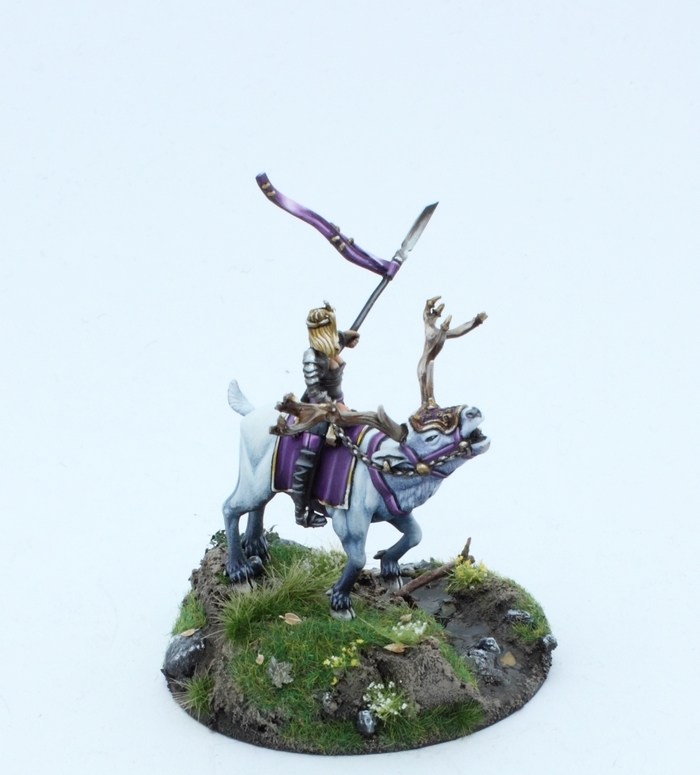 This is the first of the sculpts in question, the first of the stag riders. A rather pretty mini. In terms of colour scheme and such I was pretty much bound to the concept art (still managed to thow in some tiny little changes I liked better 😉 ). 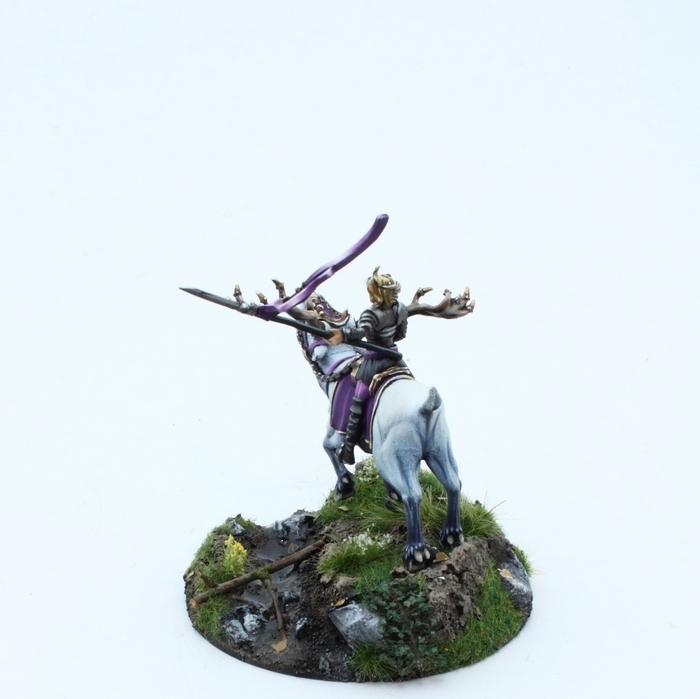 I mounted the figure on a 6mm round base on to which I built a little mini diorama. This one’s meant to look nice in promo shots after all, and a base can help with that a lot. 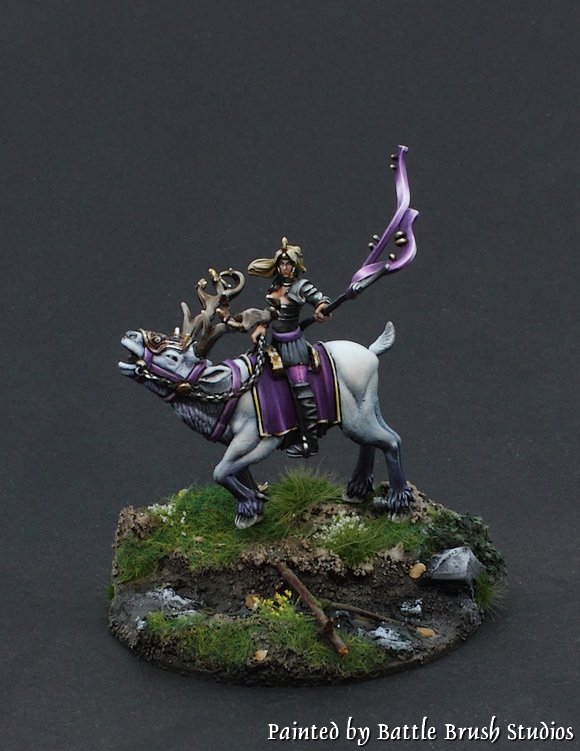 Ultimately there will be three different stag rider variants as far as I remember, so if you feel you need a unit of monstrous cavalry of ravishing ladies riding stags those definately are worth a look. Of course the mini immediately has Wood Elves spring to mind, but I can see this one work in a High Elves or human army. Actually, I’d really like to do a ‘dark’ version of this one for Dark Elves or Chaos armies. And of course as soon as cavalry is introduced to Frostgrave (let’s be honest, we all know it’s going to happen), this mini will come in incredibly handy too. 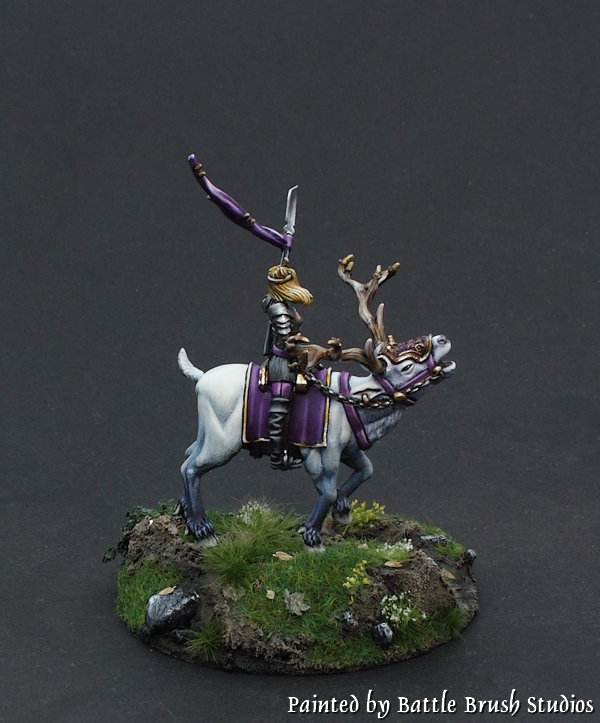 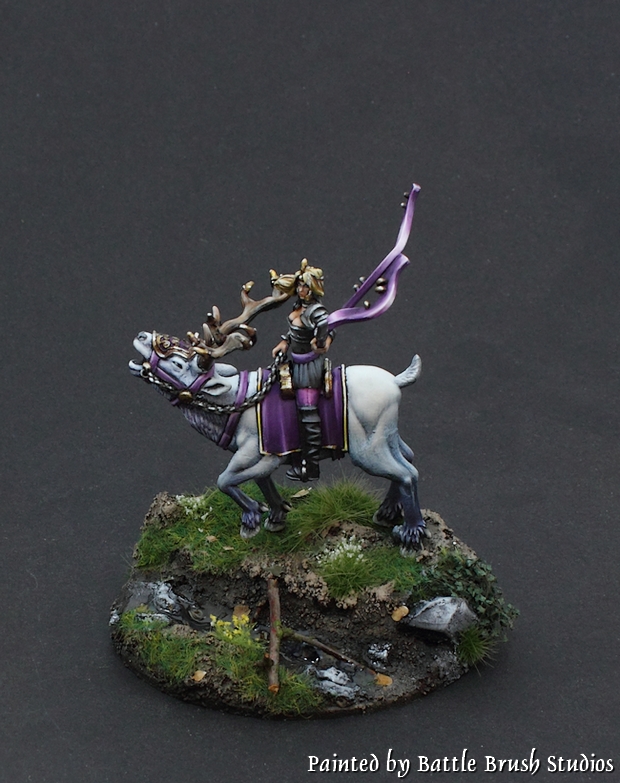 So if you’re interested,heres a link to the Kickstarter. There is yet more to come, so stay tuned!