Towering above the battlefield the Canoptek Reanimator uses it’s long limbs to stride over battlefield debris. The unthinking stilt-limbed construct uses it’s Nano-Scarab Reanimation Beams to reduce matter down to component atoms to repurpose for repairing fallen Necrons. After the jump, I take a look it’s rules and share a group shot of all my Necrons so far. 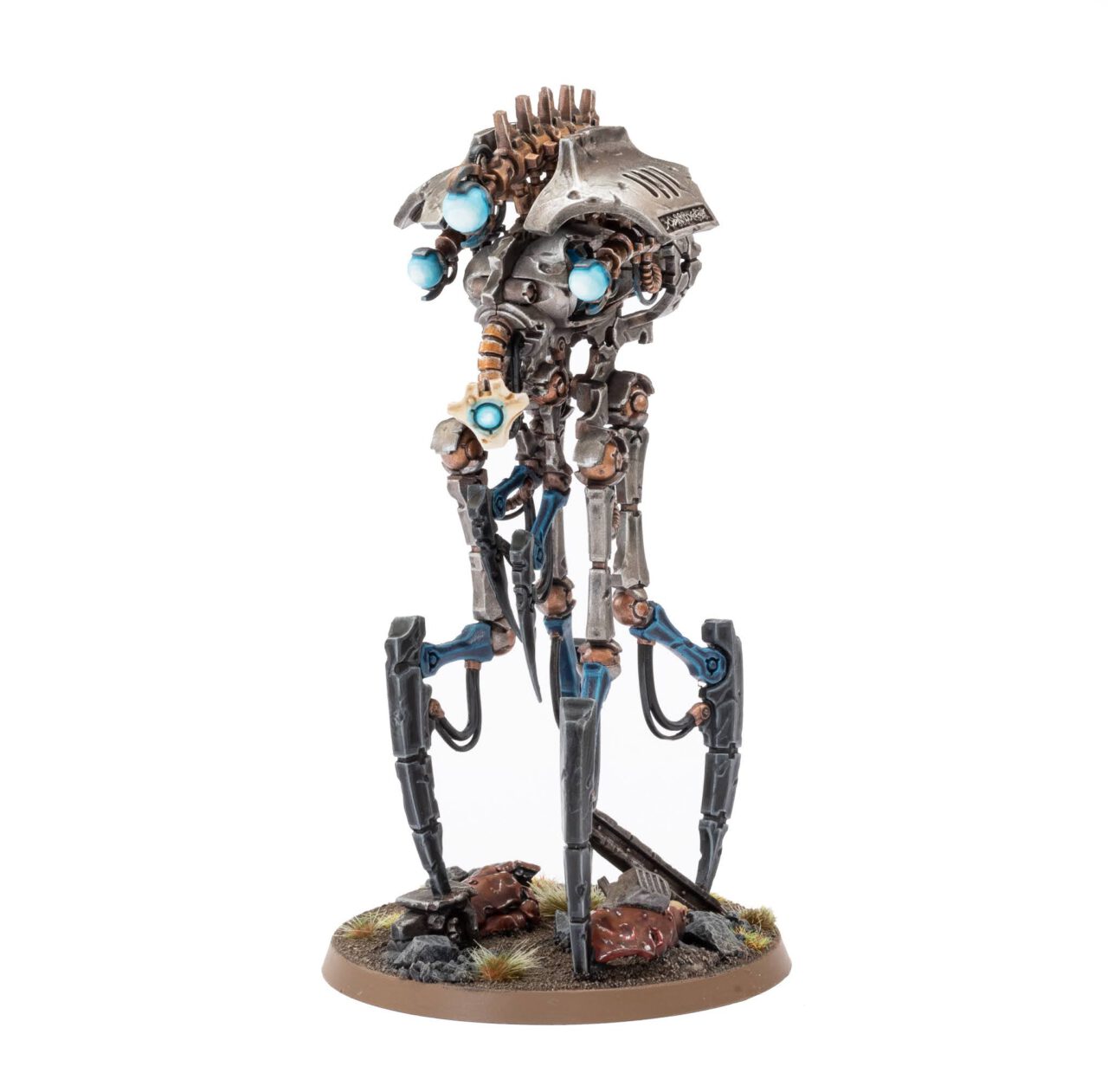 The Canoptek Reanimator has the Monster keyword and is Toughness 5 with 6 Wounds and a 3+ save. It also regains 1 wound at the start of your turn for the Living Metal rule. Over all it’s pretty resilient but being so tall, it does present itself as a bit of a target. 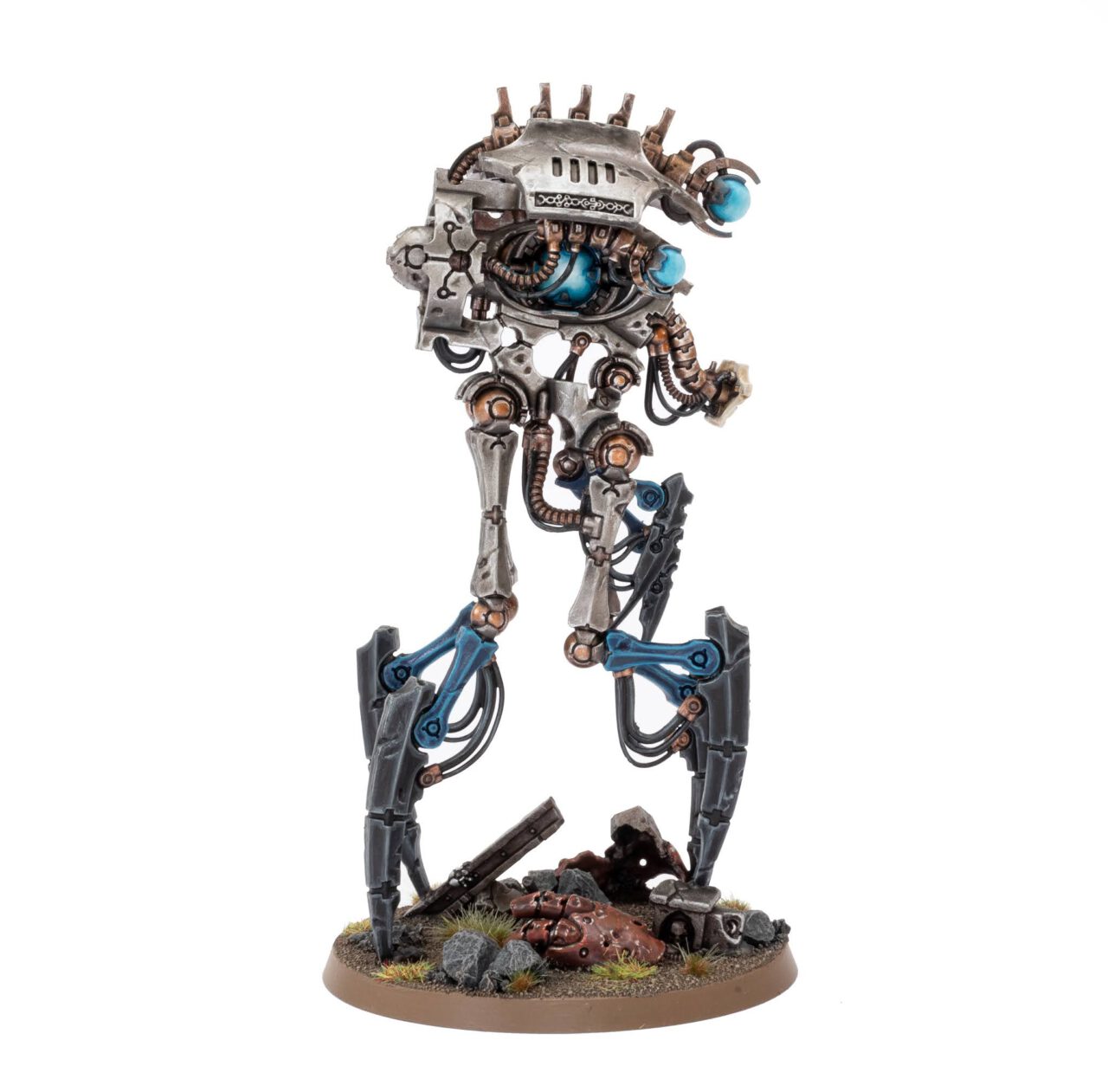 Offensively, it’s great at short range with 2 Atomiser Beams. Each Beam is 12” range, Assault 3, Strength 6 and -2 Armour Penetration and Damage 1. Half of your 6 shots will hit because it’s Ballistic Skill 4+. The short range of the weapons isn’t too bad because it has a movement of 8”.

However being that close to the enemy might see the Canoptek Reanimator end up receiving a charge. It fends off attackers with 4 Attacks at Strength 5, with -2 Armour Penetration and Damage 1.

But maybe it’s most useful ability on the battlefield is it’s Nana-scarab Reanimation Beam which you use in your Command Phase to select a friendly Necron <Dynasty> unit within 9”. That unit add +1 to it’s Reanimation Protocol rolls. At Power Level 5 it’s a nice supporting unit 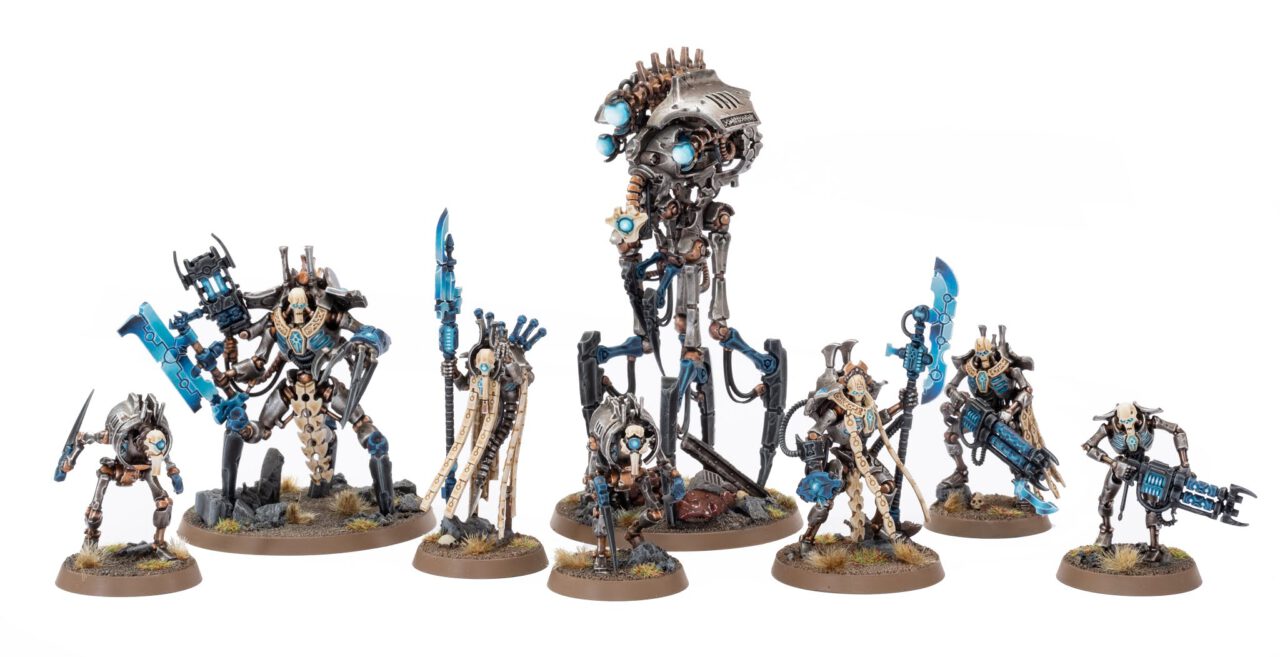 So far, I’ve painted 8 Necron models from the Indomitus set. That doesn’t sound like a lot but it’s all of the Characters and Monster are done and that’s the hardest part done. I just have Skorpekh Destroyers, Warriors and Scarabs left to paint so I’m entering the batch painting stage now. 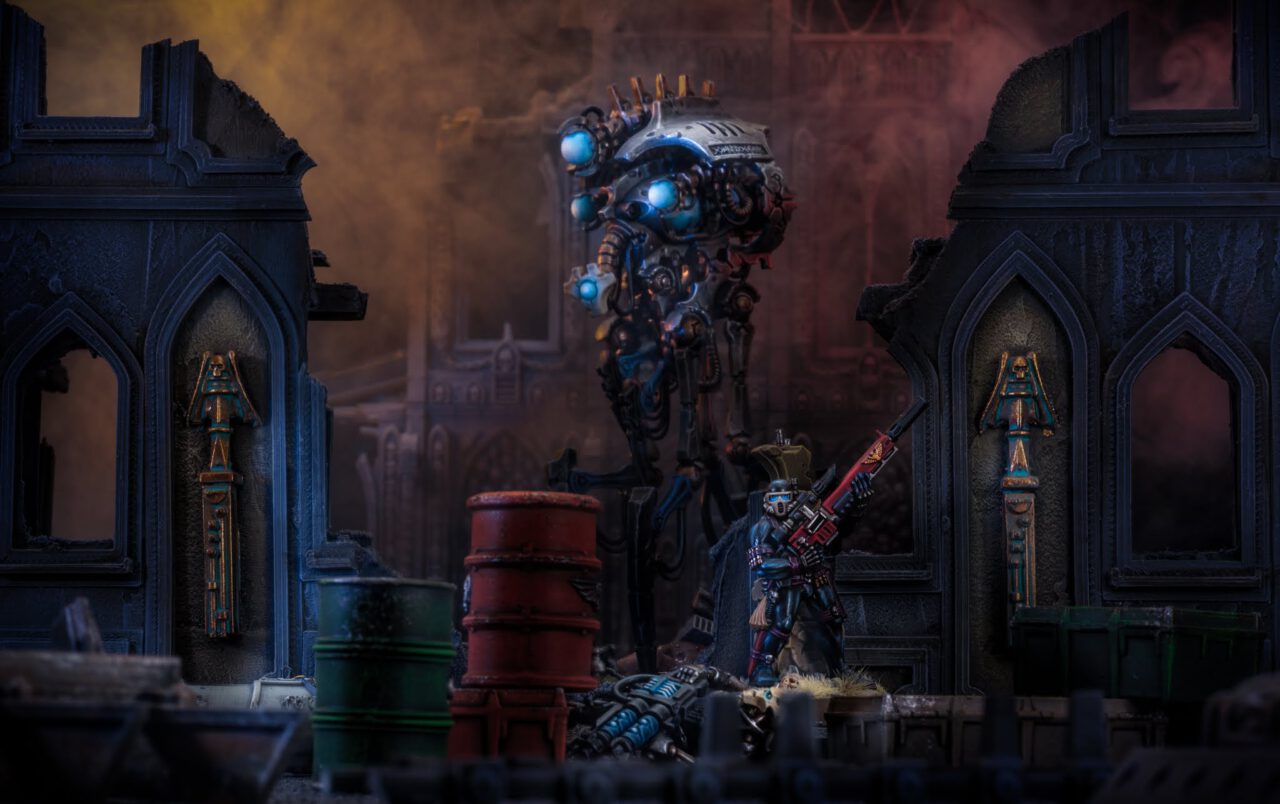 You can check out my painting tutorial for my Necron scheme here. I also have another detailed tutorial on how I painted the blades, you can check that out here.