I really love the idea of the Warhammer Underworlds Warbands. They offer such cool look into design options for miniatures that might not have a place in the main game of Age of Sigmar. Myari’s Purifiers are no different. At the time of their release they showed off what we know now as the Vanari Bladelords, but now they are a great place to get some alternative sculpts for use in Warcry or AOS.

I picked these models up on eBay since they were originally locked into the Direchasm starter set. The models go together fairly nicely. The mold lines are expertly hidden by cloth folds. There are still are some tricky spots though, especially on the Stoneguard. On that model the connections points definitely need a little bit of shaving down to ensure a tight fit.

Myari was my favorite model out of the set to paint. I have become pretty use to pain by painting alot of elves so anytime I get a model that has an open pose like this it really becomes a walk in the park. The rest of the Warband offered a little more difficulty.

The sentinel is pretty straight forward as well. The kit being a push fit comes in pretty handy here. I would up pinning the quiver and painting it separately from the rest the model. That way you work on just that section and simply push it back on it post whenever you are ready. Same goes for the backpack which I left off of all four models during painting, and assembled later at the end

For the Stonemage I never glued his hammer in. That way you can take it out and get in between all those arms. I also left the head unglued as well. It can still be really hard to get the brush in-between those arms but leaving the hammer out makes the process much simpler.

The Bladelord is the hardest to paint out of the four. The only piece that isn’t part of the main body is the backpack/banner section. The post makes it a little tricky to get to the knee pads as well as the to the chest. There was defiantly some panic trying not to blemish the white armor, and still get gold on all the embossed designs on the breast plate.

Overall though Myari’s Purifiers is a great Warband. They are a blast to work on, and if you ever thought of letting your brush go on a little trip to Hysh, or are trying to figure out a color scheme for your Lumineth they are a awesome place to start. Would love to know your thoughts on these four elves so feel free to leave a comment or reaction below. 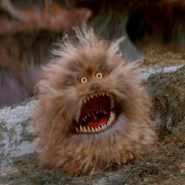 Showcase: Getting the old Dark Elves out again & a look at Kings of War 2