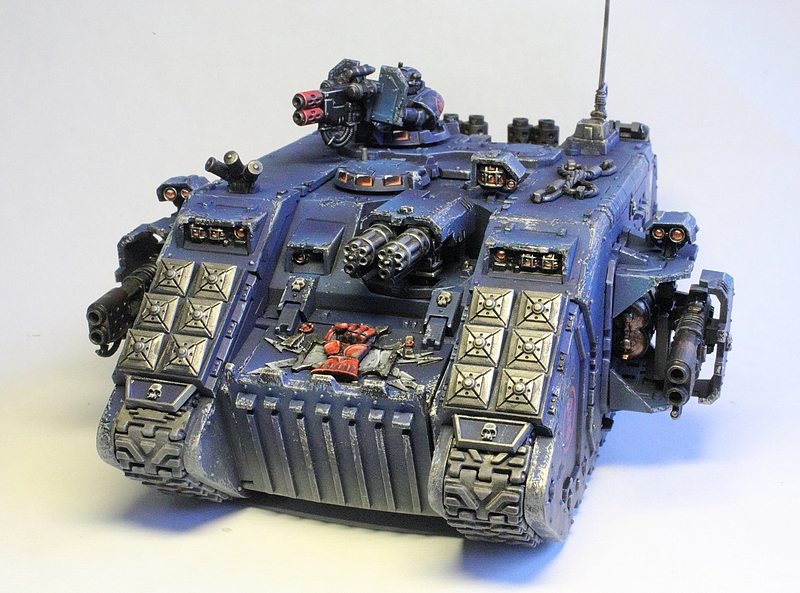 Last for this batch of Crimson Fists, the lovely ride which takes the Assault Terminators around the city. 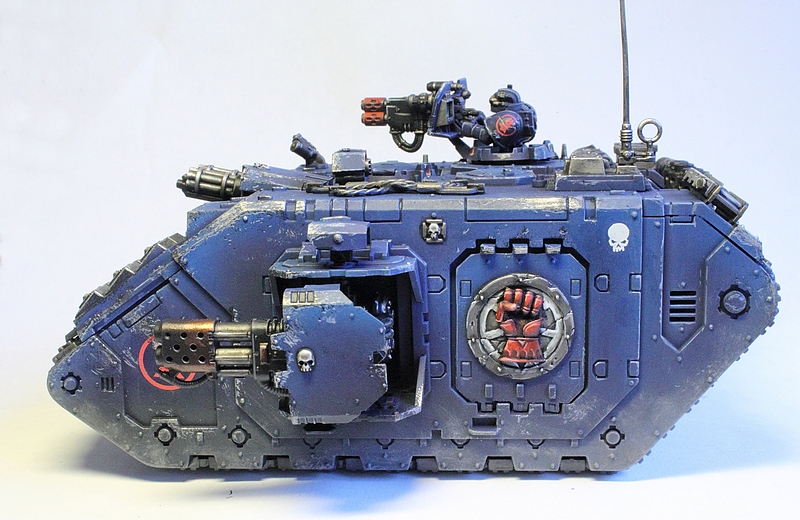 As with the rest of the army, the theme is “we’ve been besieged by Orks for a long time and they keep coming” so the equipment is all messed up, the Marines are undersupplied and somewhat mad. 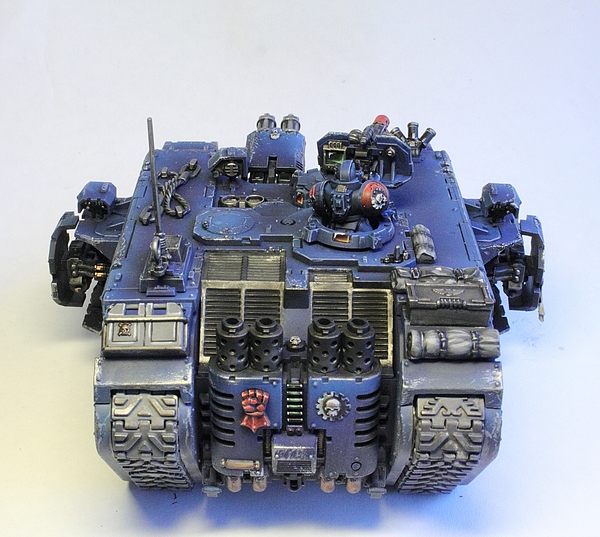 I imagined them having to be mobile and be able to fend off Orks whereever they attack across the city so a Land Raider would act as a transport and, once there, as a firebase and basically a really dangerous obstacle. 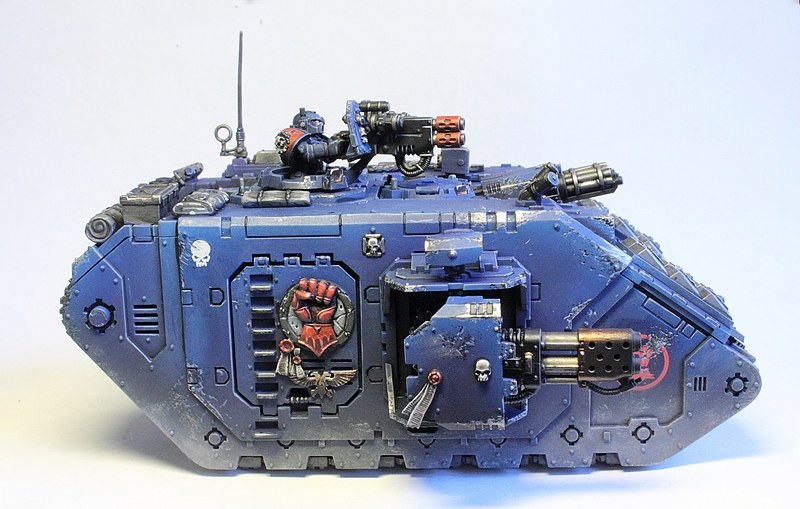 So this one got some additional stowage, tools, promethium/fuel/water (although I’m sure that Space Marines could drink either) and a souped-up vox unit. 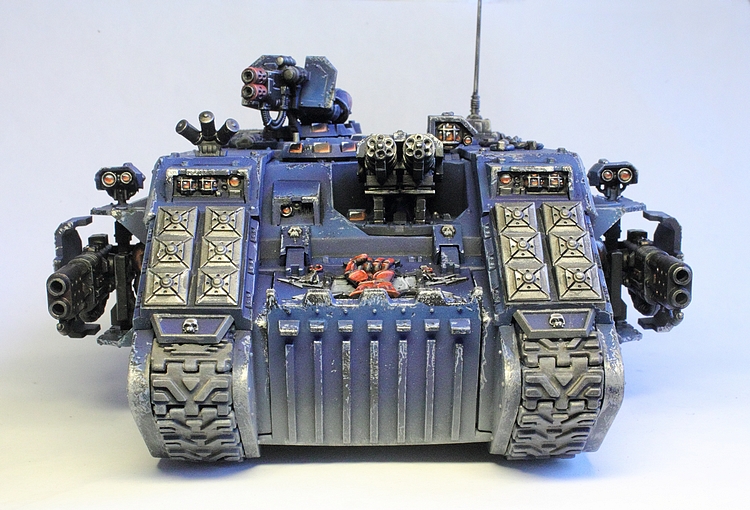 Here’s the weirdest thing – I’m basically building and painting Space Marines armies for over five years now, basically non-stop, but so far I have never built a Land Raider. This one’s my first one. So far I either got them built and to paint only or not at all because the Land Raider never was that much of a super-popular vehicle ruleswise. 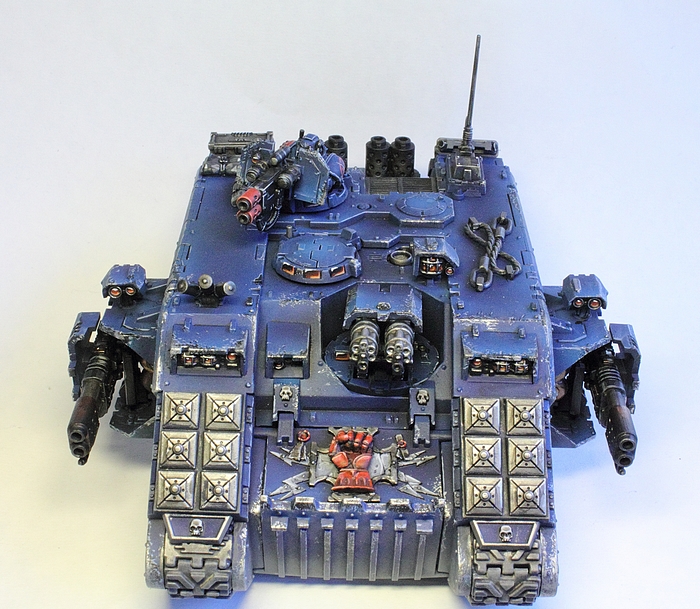 So to me the front hatch opening mechanism was always a bit if a miracle. ‘How do they do it?’ I asked myself whenever I saw it (if it worked properly at all). Now I know and I have to say that I adore the design of this thing. I’m not an engineering type so I guess I’m really impressionable by well designed mechanical stuff. 😉 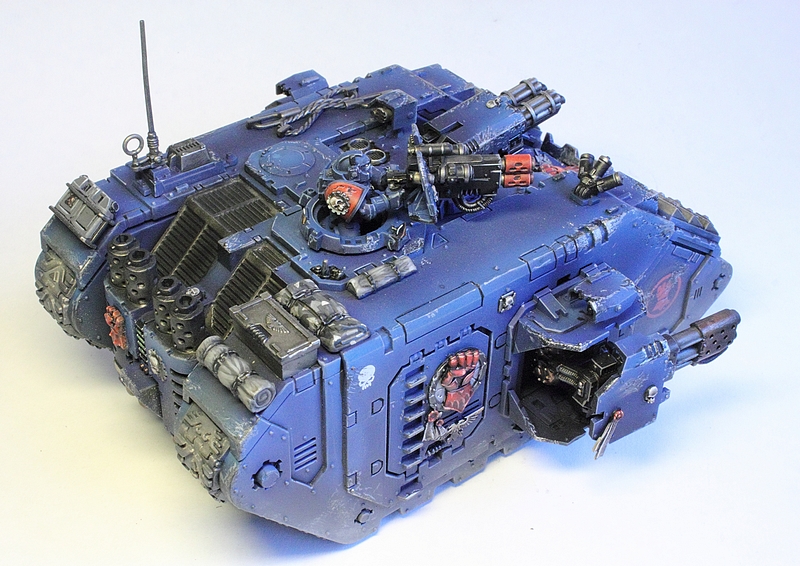 Well, what else is there to say… Forge World doors, really nice as always, fit well too. Interesting little miscasts on the hinges. They came in those Forgeworld blisters again. Not a fan of those, I was totally cool with the old baggies. Less plastic go to waste too. Extra stowage is from the Imperial Guard accessories sprue of course, from the Land Raider’s accessories sprue and from some 1/35th scale tank accessories pack by Italieri I think. Excellent source of various bits. 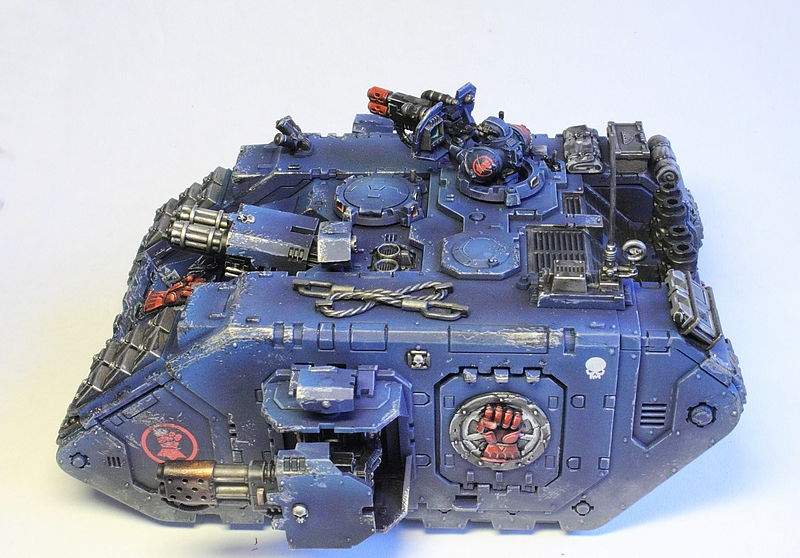 So! That’s that then, hope you like the Land Raider, drop me an e-mail if you ever need anything build/painted/sculpted/converted/whatever, ‘Like’ Battle Brush Studios on Facebook and all of that. Next I guess I’ll post some pictures of this batch of Crimson Fists all together and after that we’re back to Heresy Era World Eaters.

Tutorial: How to paint Sanguinary Guard