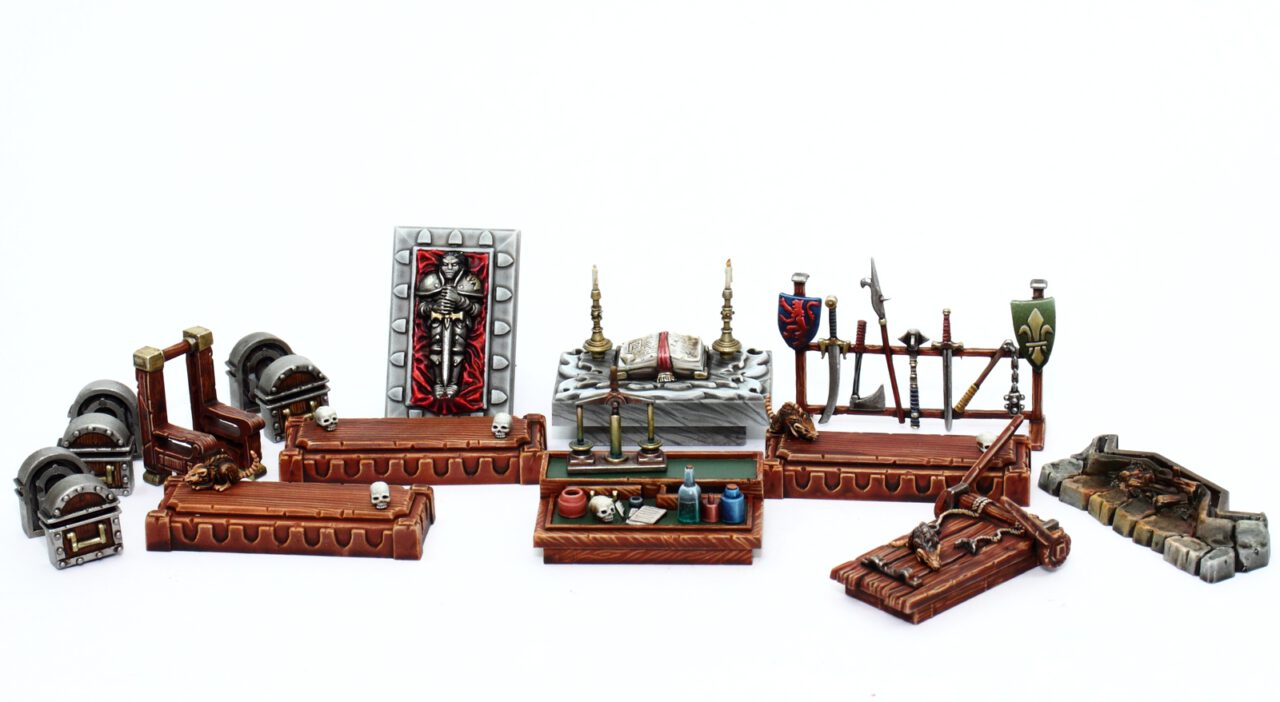 Alright, this one might take a bit of abstraction. Most of you will instantly recognize the Heroquest furniture. And that they’re lacking the cardboard parts. Oh well. All I can say is that in the not-too-distant future I’ll post another set of Heroquest, and that that one will also have the cardboard components. Until then – enjoy these!

Collectors will be aware that one of the most important details about an HQ set is the candlesticks on the altar. Those were intact (apart for one of the flames, which got replaced with a bit of green stuff). The tail of the rat on the stretcher bank had gotten lost though, so I sculpted a new tail. It’s not too common seeing an HQ rat with its tail in a lying down position!

Hope you like the bits here. Next time we’re getting into the really good stuff.

Sigur is a professional painter and founder of Battle Brush Studios Painting Service. As a passionate wargamer he champions variety in miniature gaming, be it miniatures manufacturers, rules sets or hobby supplies. His collections include a variety of scales, historical periods and settings, such as Space Orks, Imperial Guard, Sisters of Battle, Dark Elves, Ancient Persians, a Thirty Years War collection, WW2 armies and much more.

Clanrats finished… only 5 more to go

Or support us directly: