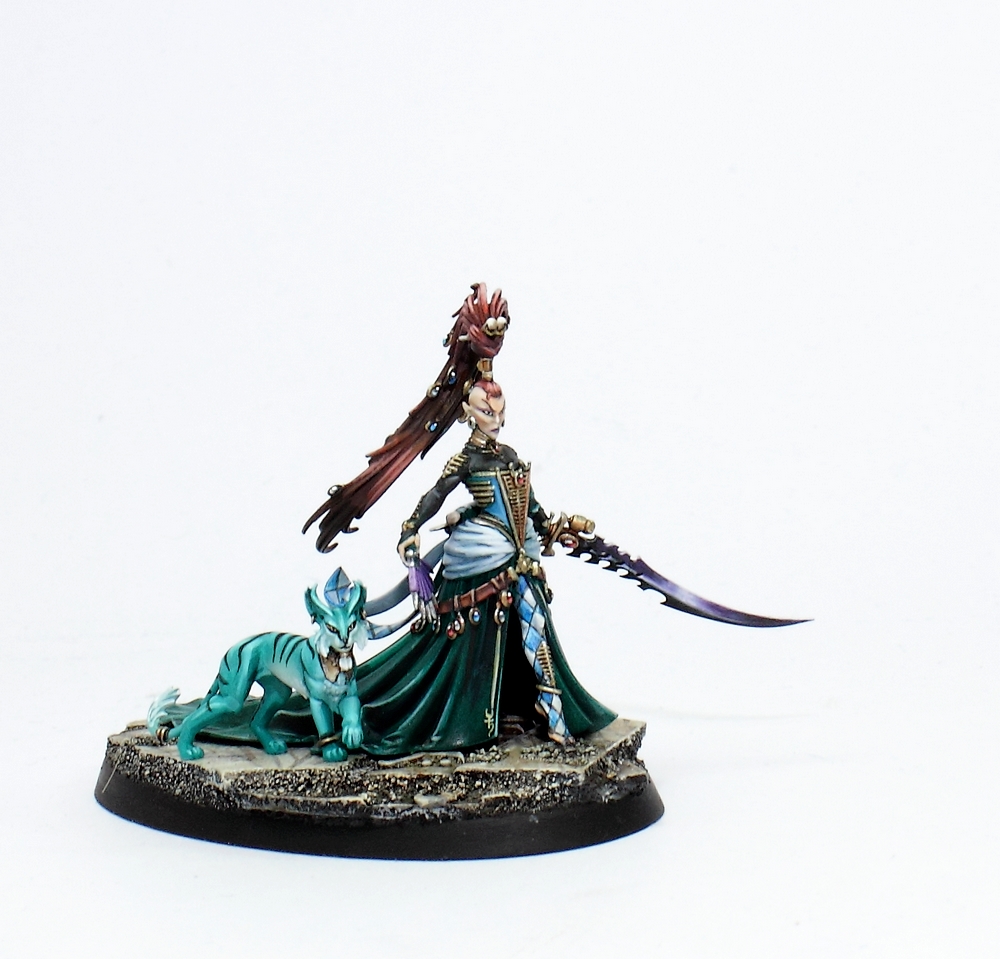 After a little intermission, we got the next member of the Triumvirate of Ynnead – Yvraine.

A darned impressive figure isn’t it. And for us old people GW got out the Gyrinx because they like to throw in bits to make old people happy, don’t they? 🙂 Of course, they showed a bit of ’em in that illustration from the …..4th edition rulebook? The one in which they had really cool illustrations for each army in the fluff part of the book. The warlock in that one had a fluffy cat with him/her.

This one’s special though, because it’s got a name! It’s Alorynis the Gyrinx.

So much for the furry friend, now on to Yvraine herself. Experts among you will notice that her extravagant headgear has been left off. The gentleman I painted her prefers to leave that off due to transportation concerns. Smart. And she looks impressive none the less in my opinion.

As with all figures for this project the colour scheme should involve light blue and white to some extent, preferably as a diamond pattern. Hence the legwear and other bits of blue in there. The rest of the outfit (and hair colour) is remotely inspired by the Mama Bavaria figure as played by Luise Kinseher in a peculiar Bavarian tradition I spotted on TV a few years ago, and which I’ve been following since on and off.

Sword and fan are purple because… er… it just looked OK along with the other colours.

Hope you like her and stay tuned for more!

WIP: Forces of the Mechanicus and Skitarii #3