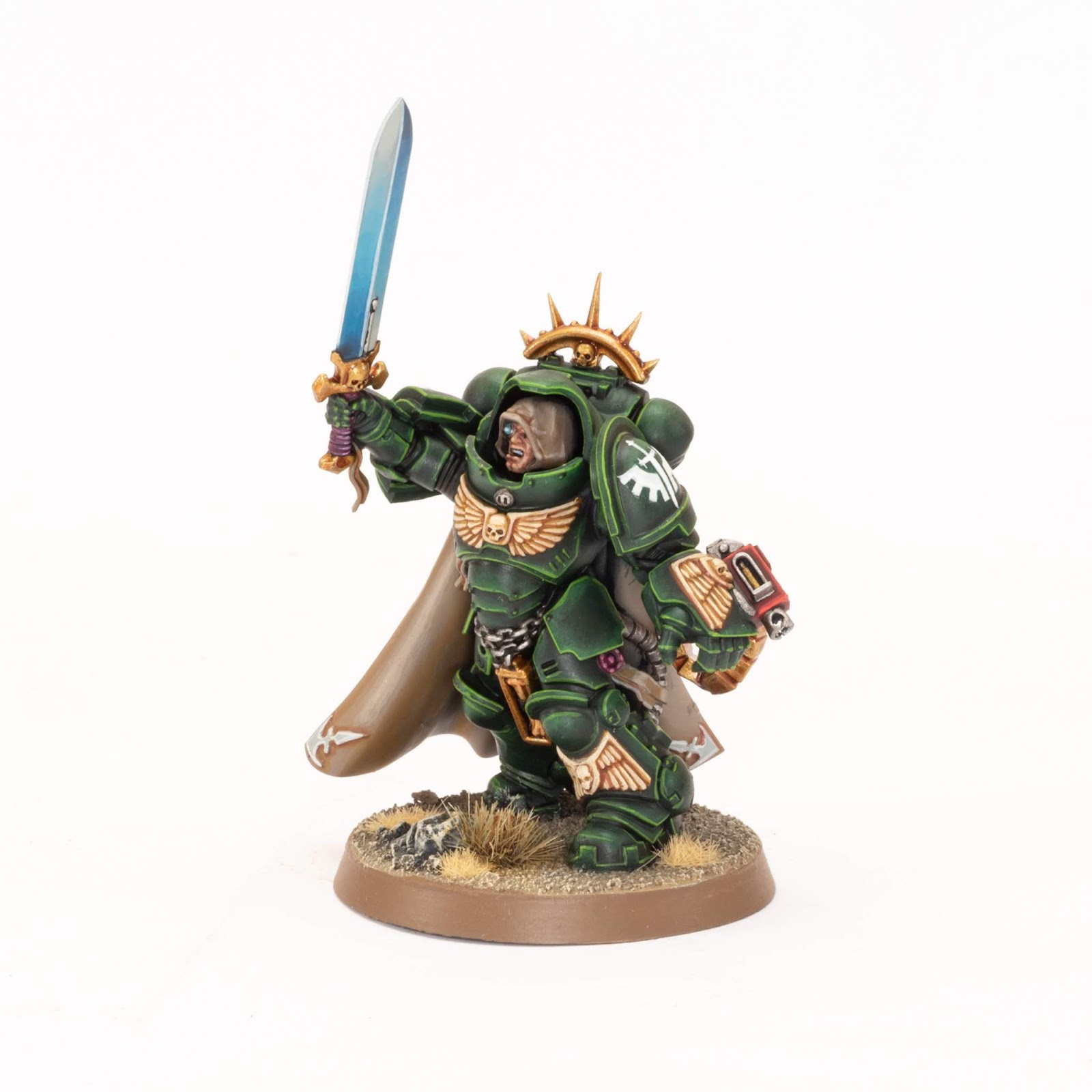 Issue 29 of Conquest includes four Primaris models, one of which is the Captain in Gravis armour from the Dark Imperium boxed game. More images and my thoughts after the jump.

My Captain has had a head swap. The new bonce is from the Dark Angel upgrade pack. I think this simple swap has totally transformed the look of the model. 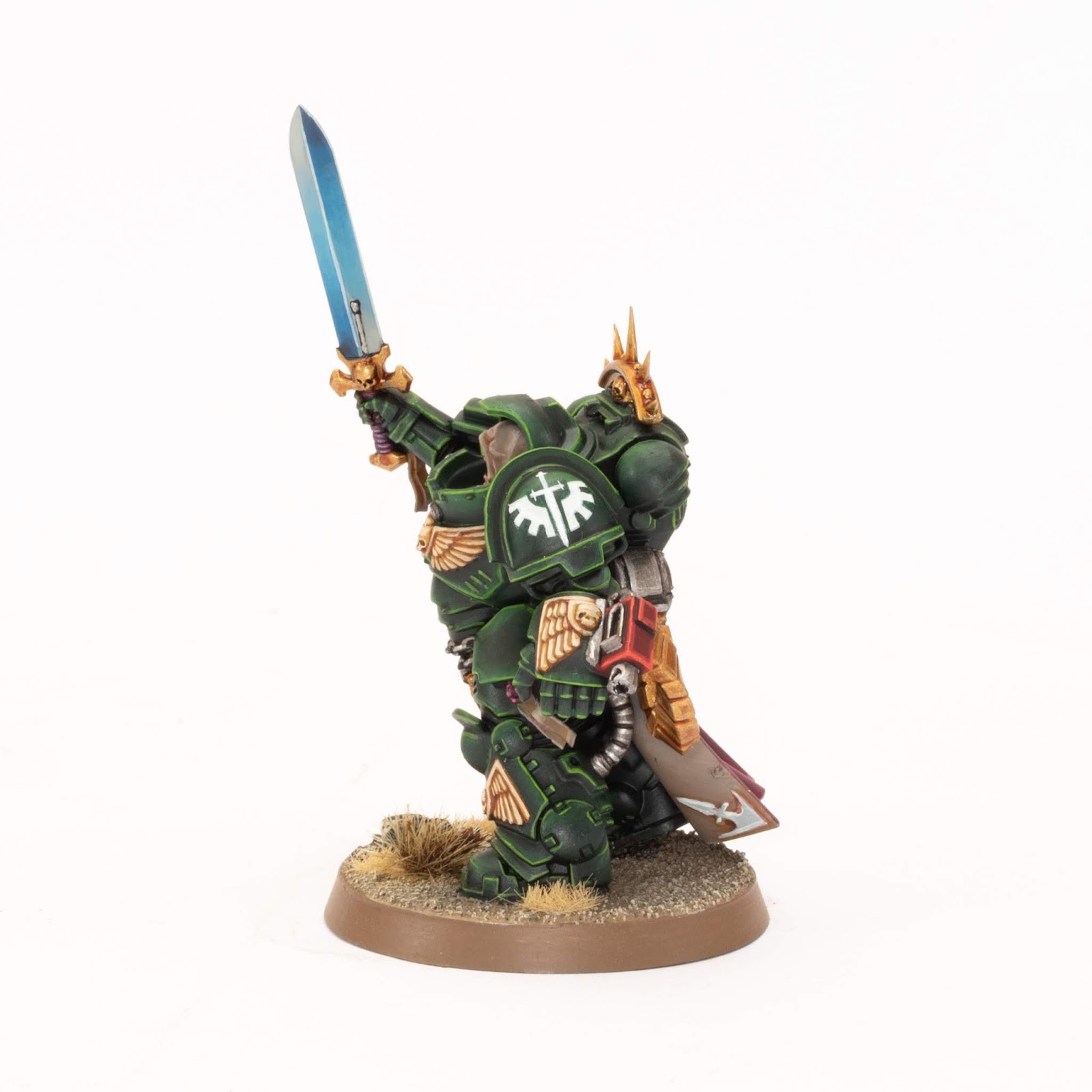 Being a character model I wanted to spend a little more time on him so he got the full blended sword treatment. I’m happy with my glazing on the sword, the transitions have come out well. Guide for that here. 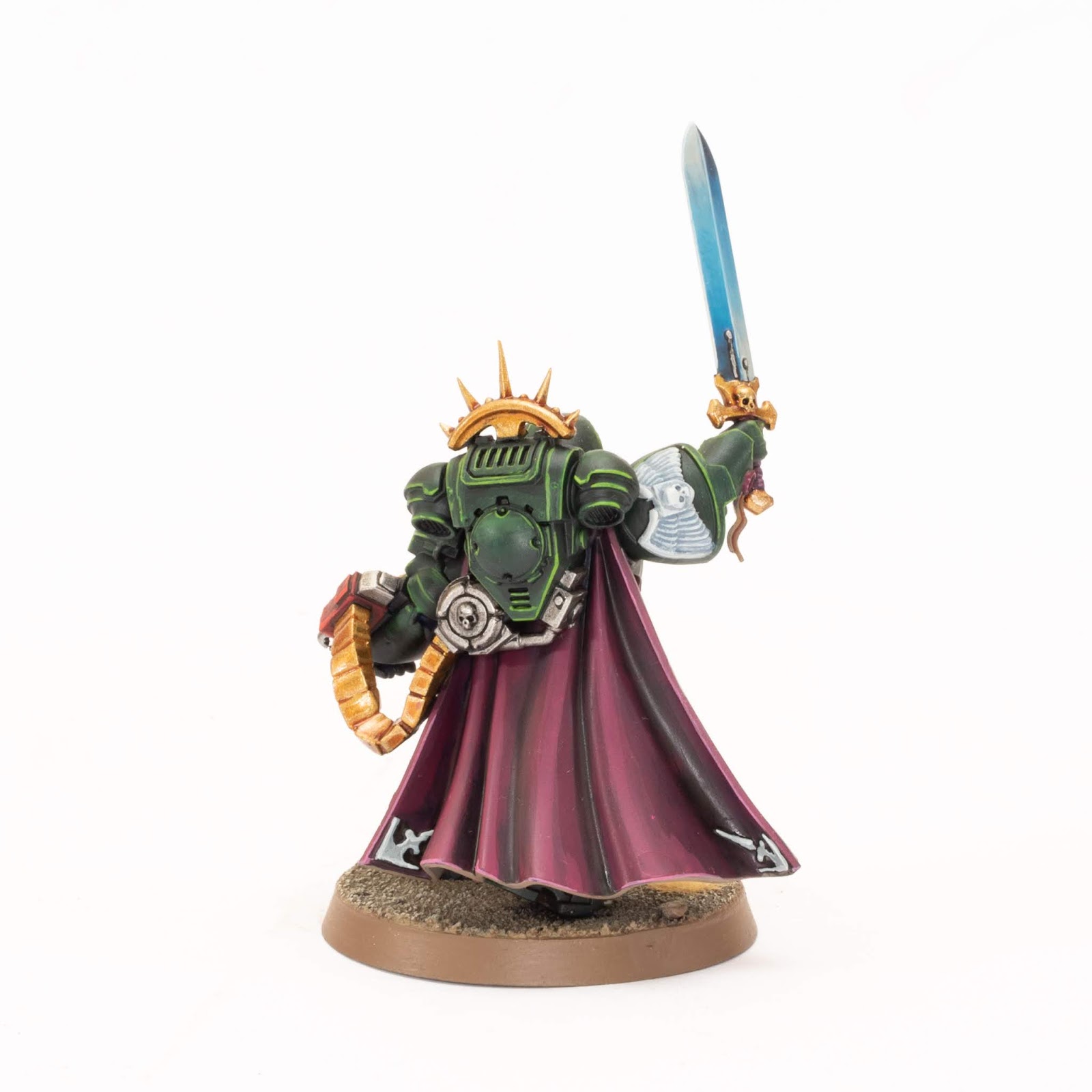 I use this magenta-like colour sparingly on my Dark Angels. You’ll see used as the purity wax seal colour or the handles on swords, so it was nice to use this colour a bit more on this model. I think it helps mark him out as someone important. 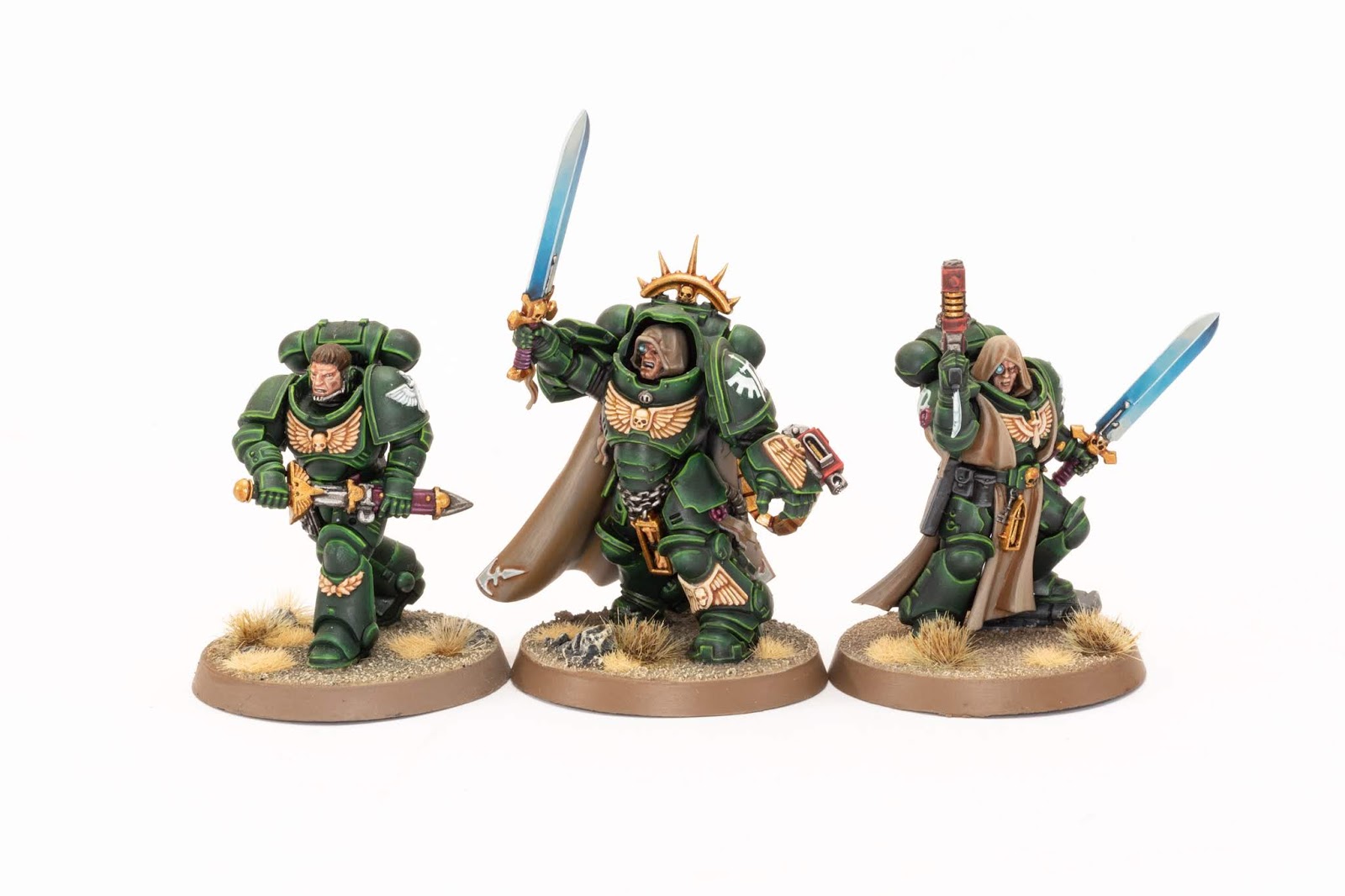 The above picture shows my Gravis Captain with his two Lieutenants. Dark Angel Cassius really doesn’t fit with these guys. This is something I need to be aware of with some of the other Space Marine Characters that are coming with Conquest. I think the Apothecary is next and he should be ok because he has a tabard/apron I can paint as a light brown robe. 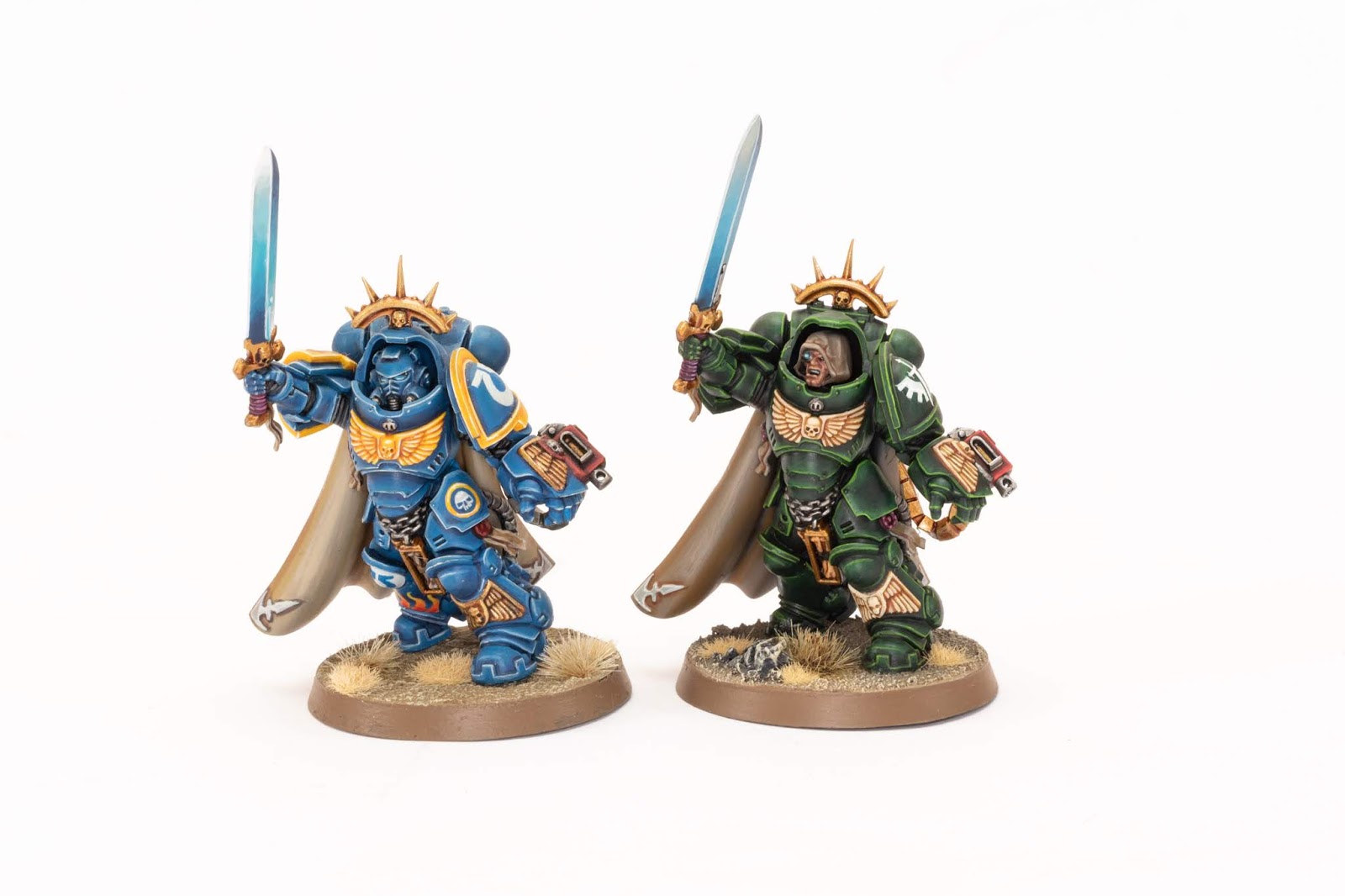 It’s comparison time! Here you can see another small conversion I made. I took the Iron Halo from the hood and moved it to the backpack on the Dark Angel Captain. I like my Ultramarine Captain, but I love my Dark Angel Captain more. That bone on the green is just lovely to look at. 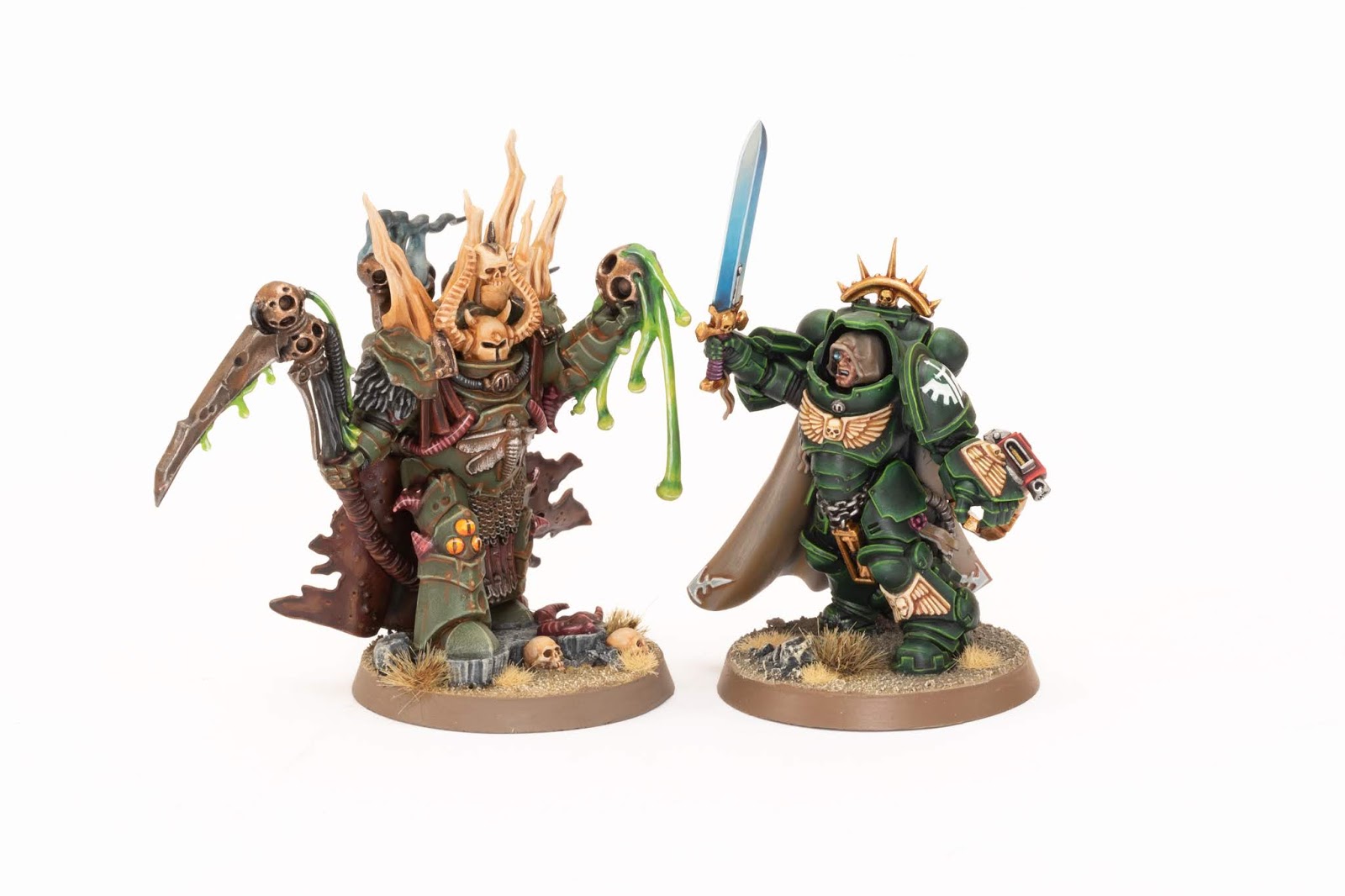 Finally, here’s a shot of my Deathguard Terminator Lord squaring off against the Gravis Captain. the size of both of these models is pretty big. They tower over human-sized models (or old marines). I like the fact both of these forces I’m painting have green armour but look nothing alike.

I have a question for you guys. What should I name my Captain?

Tutorial: How to paint Dark Eldar Warriors (the Stahly way)